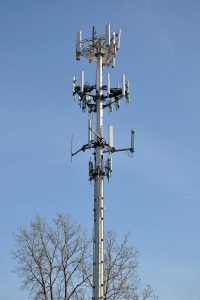 Midwest City residents may see better cell service in the near future.

The council unanimously approved special use permits to allow communication service towers/antennas on the two properties.

The cell towers will include 4G as well as 5G technology for customers with 5G capable devices. The towers are scheduled to be built and on air by the third quarter of 2021, according to an AT&T official.

Tinker Air Force Base and the FAA also approved of the proposed towers. Tinker officials requested that obstruction lights be installed at the top of the tower on S. Air Depot Blvd.

The tower on S. Air Depot Blvd. will be built on commercial property, just south of E. Reno Ave. It will include a 125-foot cell tower and associated equipment buildings.

City staff said they received two calls and two letters of protest, and three emails in support from surrounding property owners of 10713 E. Reno Ave. Those in support of the tower said they have poor cell service currently, and those against said it would be unsightly.  The city received one call, but no formal complaints, about the 207 S. Air Depot Blvd. tower.

Councilman Sean Reed asked if the city could add aesthetic requirements for cell towers, as done in other parts of the country.

“I’ve seen them disguised as trees to make them look less intrusive,” he said.

“The Telecommunications Act is pretty strict and I think that’s something we can do within reason,” Harless said.