Postseason honors are rolling in for eastern Oklahoma County standouts.

A handful of Yellowjackets and Bombers were selected for the Big 10 All-Conference Team, while Choctaw High School was named the Big 10 Conference Champion.

The Yellowjackets celebrate a historic trip to the Class 6A-II State Championship. (PHOTO BY LINDSAY TESIO)

Midwest City’s Darrell Hall was named Coach of the Year.

Choctaw finished the season in the No. 2 spot for the first time in history, after taking defending state champion Bixby to a 17-14 state final. Bixby was the only team in the state to defeat Choctaw as the Yellowjackets went undefeated at home, 7-0.

Midwest City (8-3) finished in the No. 2 spot of their district and just one victory shy of a state final appearance.

Midwest City went against one conference member this season in Putnam City North. The Bombers won the district matchup, 35-14. 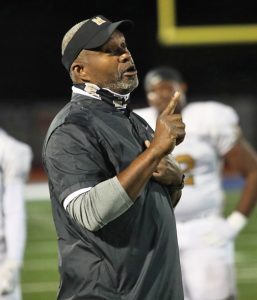