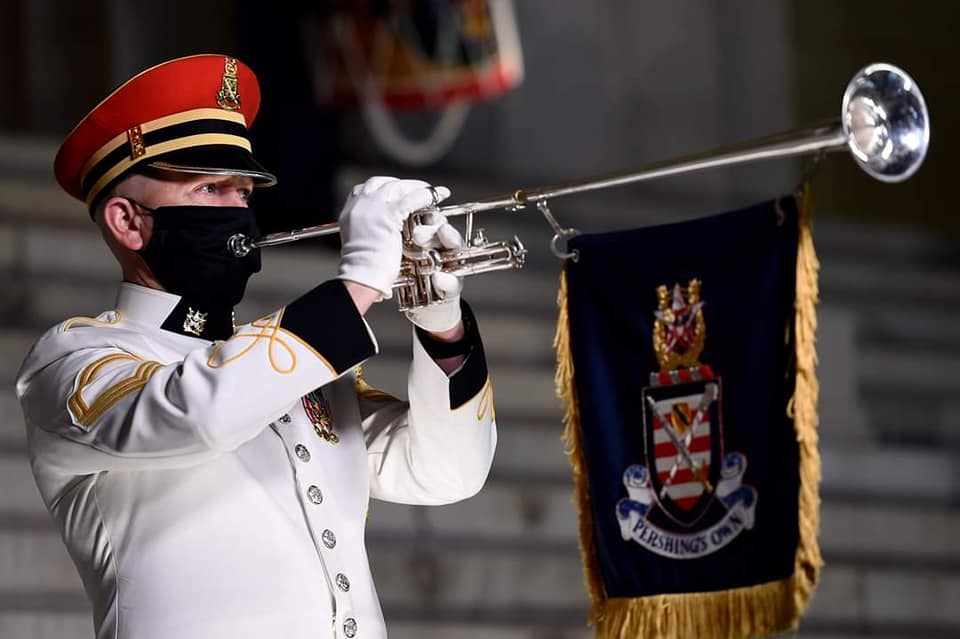 Sgt. 1st Class Robert Goodner, a 1991 Midwest City High School graduate, performs with the U.S. Army Band during the Celebrating America Concert at the Lincoln Memorial. Goodner performed at the inaugural ceremony on Jan. 20. It was the fifth time that he has performed at the event as part of the military band. PHOTO PROVIDED

Many local residents tuned in last week for the inauguration of President Joe Biden.
And a few spotted a familiar face. 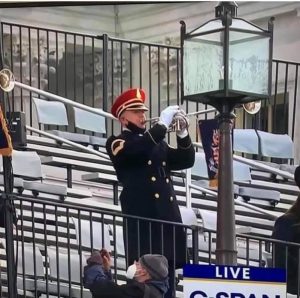 Sgt. 1st Class Robert Goodner, a 1991 Midwest City High School graduate, performed at the inaugural ceremony on Jan. 20. It was the fifth time that he has performed at the event as part of the military band. PHOTO PROVIDED

“It’s really a privilege to wear the uniform and represent the U.S. Army and the more than 1 million soldiers,” he said. “Having a close view of such an important ceremony is a great honor and something I don’t take for granted.”

It was the fifth time that Goodner has performed at the presidential inauguration. His first performance was in 2005 when George W. Bush was sworn in for a second term. He was also part of both of Barack Obama’s ceremonies in 2009 and 2013, as well as Donald Trump’s in 2017.

Last week’s inauguration took place in front of a sparse crowd due to COVID-19 precautions. Goodner said their absence was felt.

“It was so quiet without the public there,”Goodner said. “It was just surreal not having that energy from the crowd.”

As a member of the U.S. Army Band, Goodner performs at official military, national and international ceremonies. One of the primary duties is performing at funerals for soldiers at Arlington National Cemetery.  Goodner has also performed at three state funerals for former presidents Ronald Reagan, Gerald Ford and George H.W. Bush.
Goodner has performed with the band for 18 years.

The United States Army Band “Pershing’s Own” was founded in 1922 by Army Chief of Staff General of the Armies John J. “Black Jack” Pershing to emulate European military bands he heard during World War I. The U.S. Army Band continues to play an important role in events of national and international significance, staging performances from the battlefields of World War II to the Nation’s Capital.

As a child of two public school band teachers, Goodner developed a love of music at a young age. He excelled in band at Monroney Middle School and Midwest City High School.

“I was very lucky to have band directors like Jackie Gilley at Monroney and John Davis and Bill Pearson at Midwest City High School,” he said. “Jackie Gilley set up the fundamentals of playing, discipline and practice. John Davis was a really big supporter and set really high expectations for us. Bill Pearson was an accomplished musician before his career in education and he brought a real expertise.”

The band room at Midwest City High School was a special place for Goodner and other band students.

“I spent a lot of extra hours in the band room,” he said. “Music was always being played. And we’d watch videos of performances and hear from guest clinicians and mentors. It was a really great place to learn the craft.”

“Robert was the leader of one of the best trumpet sections that have been at Midwest City High School,” Davis said. “He worked on music until it was perfect. He was never satisfied.”

He joined the group in 2002 while he was pursuing a doctorate degree. After winning a position, he started basic training with the U.S. Army and received his permanent assignment in Washington, D.C.