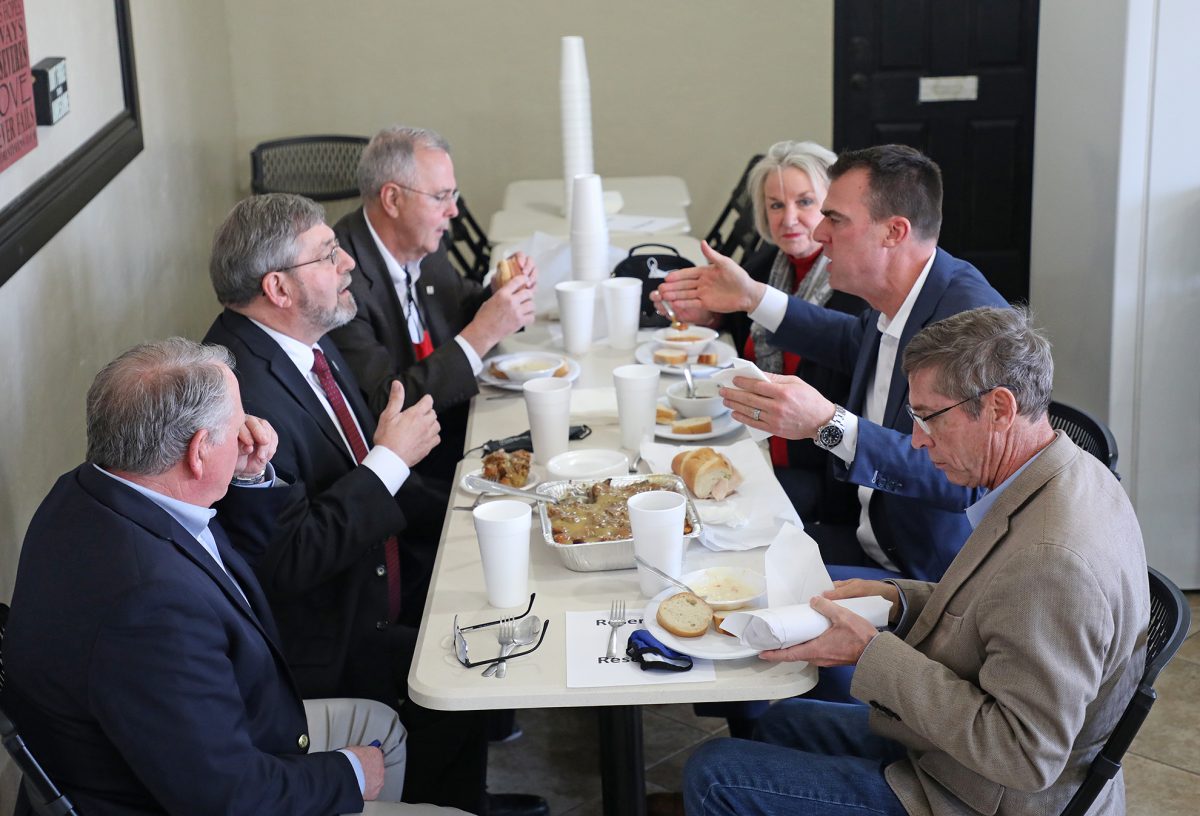 Gov. Kevin Stitt toured Tinker Air Force Base and had lunch with local mayors last Friday during a visit to eastern Oklahoma County. 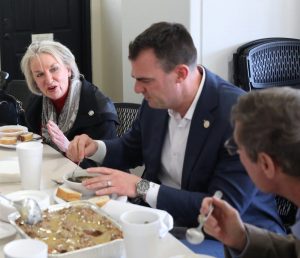 In the morning, Stanley, who was appointed vice chair of the Senate Veterans and Military Affairs Committee, joined Stitt and Secretary of State Brian Bingman for a visit to the 507th Air Refueling Wing at Tinker Air Force Base. The group toured the wing and a KC-135 Stratotanker Static Aircraft.

After the trip to the base, the group headed Napoleon’s Deli in Midwest City for lunch with local mayors in the district. The group included Matt Dukes, Midwest City, Floyd Eason, Del City, and Randy Ross, Choctaw.

The mayors spoke about how their communities have been impacted by the pandemic, CARES Act funds, economic issues and state legislation that could impact municipalities.

Dukes said he enjoyed the visit and the opportunity to speak with the governor about issues facing local governments. He asked if the state would provide financial assistance for ice storm cleanup and urged the governor to oppose any preemptive legislation that would take away control from local government.

He said he thanked Stitt for his pragmatic approach towards COVID-19.

“We all told him we appreciate keeping businesses open,” Duke said.

“I told him that I’m really glad to see someone at the helm of the state that has business sense,” Eason said. “I like how he’s handled the pandemic and kept the state open. And I appreciate his work ethic and his heart for Oklahoma.”

“We talked about a range of topics and I really appreciated him [Stitt] for coming here,” Ross said. “And I give Sen. Stanley all the credit for putting this together.”

Stanley was proud to have the governor visit the area and see some of the positives happening on base and hear from the local leaders.

“I wanted the mayors to have face time with the governor and he was thrilled to listen,” she said. “And I think the mayor really appreciated it.”

Brian Foughty, Nicoma Park mayor, was invited but could not attend the event.