In recent years eastern Oklahoma County residents have been outspoken for the need of a large convenience store option east of Oklahoma City and Midwest City.

Harrah city officials confirm that option will be coming in the near future.

Just southeast of the Kickapoo Turnpike and NE 23rd Street interchange a Casey’s will be constructed.

The ongoing COVID-19 pandemic has slowed many construction projects across the nation, and the Casey’s expansion into the Oklahoma City metro area is no different. But it’s still on.

“I spoke to them just the other day, and they’re 100 percent committed,” said Harrah city manager Clayton Lucas. 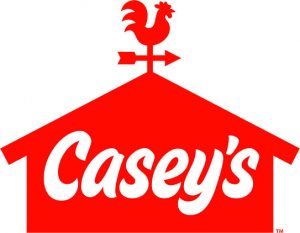 Since 2014, Casey’s has been in the top five largest convenience store chains and has held the fourth position since 2016, according to Casey’s communication director Katie Petru.

“It’s not just your run-of-the-mill convenience food. It’s really an elevated offering that we have, and we take great pride in that,” said Petru.

Casey’s pizza was introduced in 1984 and has become a signature item for the chain and the anchor of their fresh food program.

“While we’re the fourth largest convenience store, we’re also the fifth largest pizza chain by number of kitchens in the United States,” she said. “Our pizza is certainly something that helped put us on the map and made us famous beyond that convenience offering that we provide, like a great bakery, beverages, coffee and fuel.”

All of the pizzas are made from scratch, and other food options are also freshly made.

Additionally, Casey’s offers a selection of pastries, sandwiches, burritos, burrito bowls and salads along with a full-service coffee station.

As well as Harrah, Casey’s will be expanding with OKC, Piedmont and Tuttle locations.

“We’re very focused on the guest and the guest experience, so expect our team members wanting to serve and get to know them and get to know the community,” said Petru. “We’re really excited to be coming into these communities. Already, we’re getting to see a lot of new faces and guests through our doors, and we’re looking forward to what’s ahead for Oklahoma City as well. We just encourage people to come out, try our pizza, try our coffee and join Casey’s Rewards.”