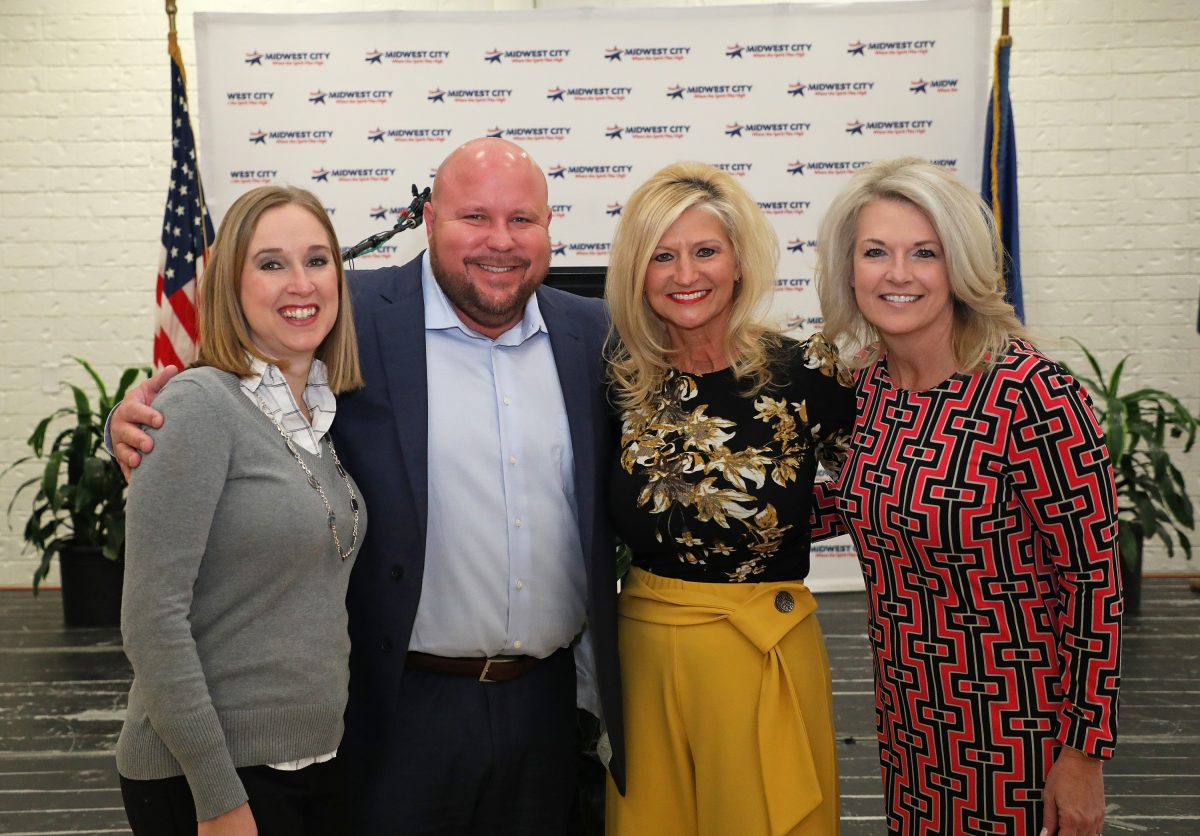 Bonnie Cheatwood has been an important figure in the Midwest City community for years.
But the longtime head of the Midwest City Chamber of Commerce recently announced she plans to step down after nearly 20 years as executive director.

“There is a saying that you’ll know when it’s time,” Cheatwood said. “And it’s just time for a change for the chamber and for my husband and me.”

Cheatwood has served as executive director of the chamber since 2001. During that time, Cheatwood said she’s been blessed to build relationships with business owners, the community and government and military leaders.

“I have been so blessed to have done many wonderful things, been on many trips and met so many high ranking officials and dignitaries,” she said.

Cheatwood said she and her husband Don both plan to retire this year. She plans to stay in the role possibly until August. She would like to spend more time with their son, grandchildren and great grandchildren.

“We’ll pursue whatever the next chapter in life is,” she said.

Shane Willard, chamber president, said Cheatwood has played an important role in growing the community and strengthening bonds with Tinker Air Force Base.

“Let me start out by saying that I am happy for Bonnie but also sad that she is retiring,” Willard said. “I believe the Midwest City Chamber wouldn’t be where it is today without Bonnie and the relationships she has built within the community and at Tinker Air Force Base. Bonnie has done a phenomenal job not only keeping but also growing Tinker and the Primes which has been a monumental opportunity for the Midwest City Chamber.”

Cheatwood is a Midwest City native and worked primarily in banking before becoming the chamber director in 2001.

She started her career at America National Bank, which was later bought by Bank of Oklahoma, and later Tinker Federal Credit Union, before joining the chamber staff in 1986. She worked as member services director until 1993, and returned to banking to become vice president of two Bank of Oklahoma branches in Midwest City. While working at BOK, she continued to serve on the Chamber Board of Directors and organize the annual golf tournament.

Cheatwood worked part time for the Fred Jones Company before returning to the chamber in 2001 as executive director.

“I just loved what I did and being in the community and knowing everybody,” she said. “The work that I did for the Chamber in the 1980s is what made me have a love for it.”

Cheatwood said she’s built up a trove of great memories over the years. One of her greatest accomplishments while as executive director has been building the current office, which opened in 2004.

The Chamber has had several homes over the years including an office near Key Blvd. and SE 15th St., the old Lion’s Share restaurant, and the First Fidelity Bank building before the new office opened. The chamber purchased land from Rose State College and worked with architect Michael McCoy to design the building.

“Shortly after we got in the building, we did a gala fundraiser where we roasted Joe B. Barnes to pay off the chamber building,” she said.

Cheatwood is proud of efforts to support Tinker Air Force Base during the federal government’s Base Realignment and Closure process. The chamber helped organize the “Hands around Tinker” campaign, and organized media campaigns for residents to gift the Glenwood addition and the former General Motors plant to the base.

“So much of what our communities have done is sacrificed and given land in order to protect the base because we know how important the missions are to the security of our nation,” Cheatwood said. “Everyone needs to keep supporting it.”

Honoring veterans has also been an important part of the chamber. Cheatwood cherished the opportunity to be involved with the Oklahoma Honor Flights program, including serving as a chaperon for a veteran on the inaugural flight to Washington, D.C.

“To be a part of that inaugural flight and to be able to host the sendoff receptions was one of the great honors of my career,” she said.
Cheatwood has overseen several community events and campaigns including Midwest City’s 75th anniversary celebration in 2017. The year-long celebration included banners honoring the anniversary, a video tribute, gala, a statue of founder W.P. “Bill” Atkinson and others.

She has also traveled across the country as part of leadership trips to military bases including an aircraft carrier, the U.S. Air Force Academy, and the Cheyenne Mountain Complex. She has also made several trips to Washington, D.C. to meet with the state’s congressional delegation to promote Midwest City and Tinker Air Force Base.

The chamber has continued to organize the annual Tinker and the Primes. The event serves as an educational and networking tool for businesses looking to contract with Tinker Air Force Base. It has grown over the years from about 300 attendees in the first year to over 1,100 in 2019.

“It is a big draw for people to come in here and learn how to do business with Tinker Air Force Base and the Department of Defense and network with our government contractors and aerospace industry,” she said. “It’s a big economic engine for the community.”

Cheatwood said she is helping a search committee to find her replacement, and chamber executive board will make the final decision. She said the next director must be able to build relationships with the business community, state and local leaders and Tinker Air Force Base officials.

“As the executive director, having a good relationship with Tinker Air Force Base is key, key, key,” Cheatwood said. “You have to be able to communicate with people and have great relationships with our congressional delegation, our state and local leaders.”

The chamber has posted the position on LinkedIn and the state chamber website. The group hopes to have a new director hired by June 1.