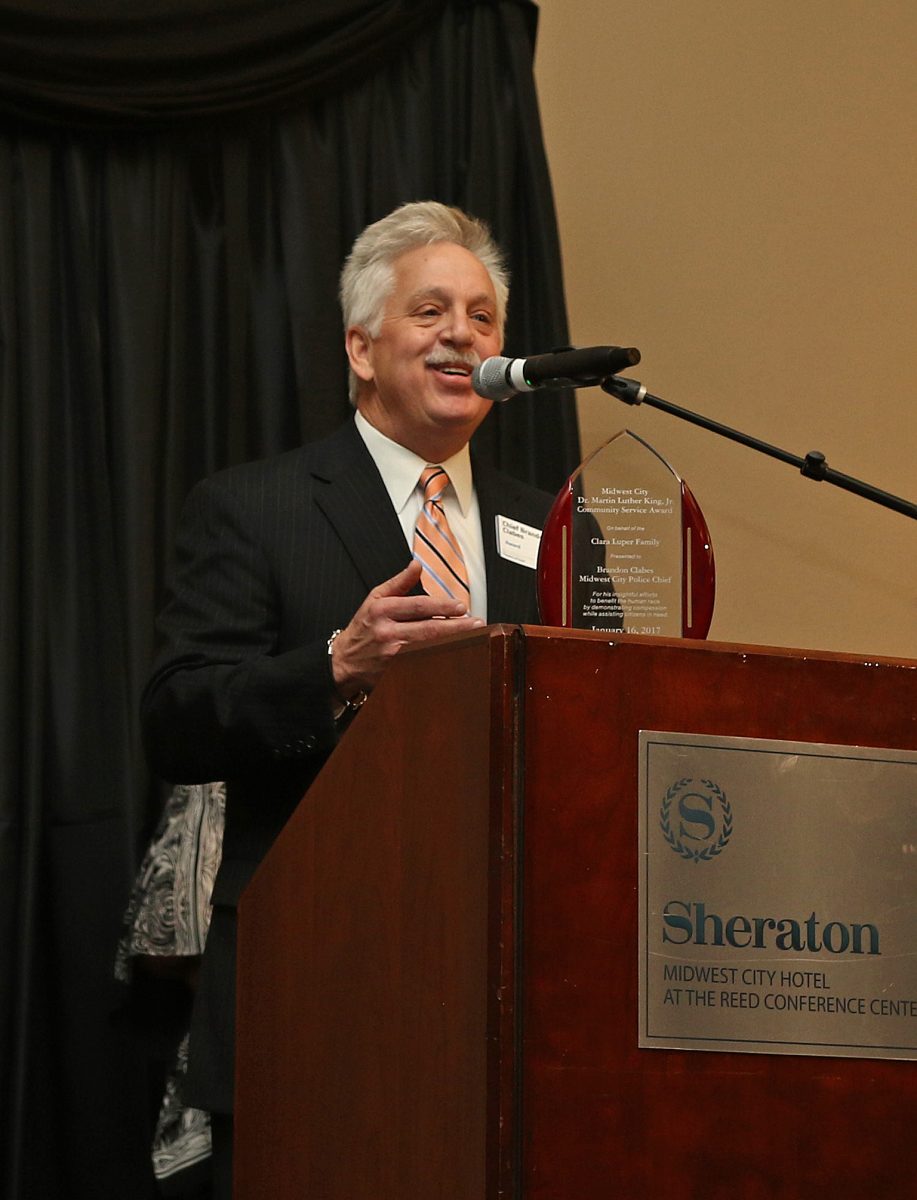 Clabes announced he is stepping down to accept a position as director of the Council on Law Enforcement Education and Training (CLEET).

He started his career with the city as a patrol officer in 1979 after graduating from the University of Oklahoma. Clabes was promoted three times before being named police chief in 1999. He is the longest serving chief in the agency’s history.

Clabes announced the decision to city leaders on Monday. His last day with Midwest City will be May 14. He plans to start with CLEET on May 17.

During his career, Clabes has developed a “community policing” model that relies on strong relationships between police officers and residents. He has also been active with several local, state and national law enforcement organizations.

In addition to his law enforcement career, Clabes serves as a member of the Rose State College Board of Regents, the City of Choctaw Board of Adjustments and other civic efforts.