After 227 days under a mask mandate, the City of Choctaw’s mask requirements officially expired April 20.

City officials had voted for a mask mandate in August, but a split vote (4-3) caused a 30-day implementation delay.

According to the Oklahoma State Department of Health, as of the expiration of the mandate there were 43 active cases in the 73020 zipcode which is about twice the size of the municipal boundaries of the City of Choctaw that was affected by the mandate.

According to the Oklahoma State Department of Health, Choctaw had 16 active cases of coronavirus when the mandatory posting of CDC guidelines was passed, and 27 active cases two weeks later when the mask mandate was approved.

To be considered a recovery, OSDH requires the person to not be hospitalized or deceased after 14 days since the onset of symptoms. 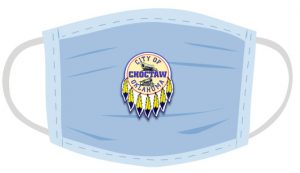