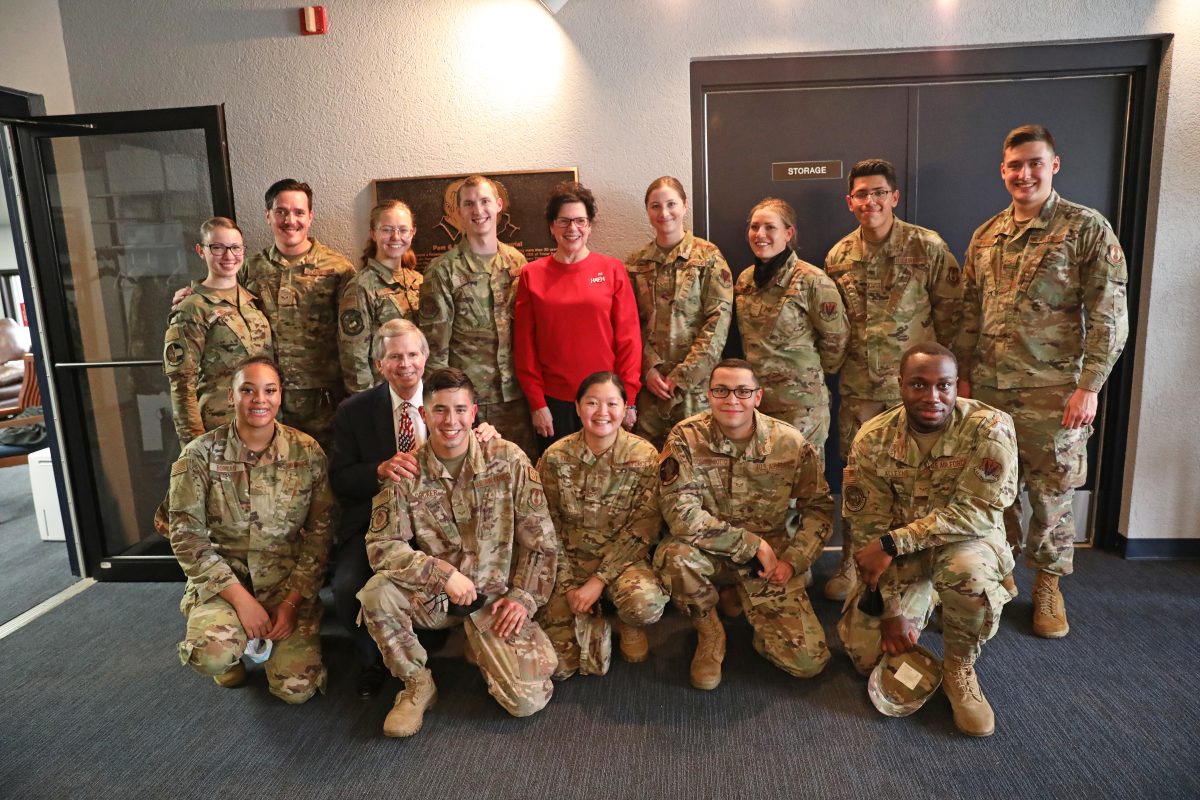 Tinker Air Force Base officials installed a plaque honoring Mike and Pam Kloiber for their support of young service members through the Home Away from Home program. (Photo by Jeff Harrison)

Mike and Pam Kloiber celebrated for support of young airmen

Several military heroes are honored at Tinker Air Force Base. 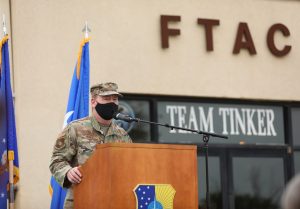 Col. Paul Filcek speaks about Mike and Pam Kloiber during an April 9 ceremony honoring the couple for their support of young airmen. (Photo by Jeff Harrison)

Pam and Mike Kloiber were recognized for founding and leading the Home Away From Home program. Local host families are paired with a young service member, many who are recent high school graduates and away from home for the first time.

In honor of their efforts, Tinker officials presented the couple with a plaque at the First Term Airman Center during a ceremony on April 9. The center’s two classrooms were also named after them.

Pam Kloiber expressed her appreciation for the honor and support from base leadership, host families and the Home Away from Home board.

“Thank you tremendously. All I can say is that I appreciate this so much,” said Pam Kloiber.

Mike Kloiber, who serves as president of Tinker Federal Credit Union, called it an “unbelievable” honor.

“It’s going to take a while to get a grasp of the significance of this,” he said. “I know how difficult it was to go upstream and say we’re going to put a plaque in a building for these civilian leaders. That doesn’t happen.”

Col. Paul Filcek, 72nd Air Base Wing commander, said honoring civilians on base was no easy task, but one that was well worth it.

“This marks, in my 21 months of command at Tinker Air Force Base, the most personally gratifying moment of my command,” he said.

Several base officials spoke about the Kloibers during a ceremony outside the First Term Airman Center. The group later moved inside where airmen unveiled a plaque honoring the Kloibers.
Tinker’s Home Away from Home program began after two airmen perished in a car accident on Christmas Eve in 2011. The program modeled itself after the United States Air Force Academy’s Cadet Sponsor Program, which offers professional mentoring relationships and provides a home away from home for cadets during their tenure in training.

Col. Alain Poisson, 552nd ACW commander, said he talked to Pam Kloiber about heading up a program like that on base and she ran with it.

“It’s a big ask for somebody to step up and do something big like this,” he said. “I’m not sure she knew how big it was going to be, but she gladly jumped in and really started the Home Away from Home program.”

The program began with only 10 Airmen paired with 10 families, but quickly grew to average more than 160 participants and 70 host families at any time, all within the local community. To date, the program has helped more than 1,000 airmen.

“Together you are making a difference now to a young person’s start to their Navy or Air Force career, but later as a citizen in our communities and our country, and even further down the road as spouses and parents,” he said.

Among the speakers was Senior Airman Tristan Decker with the 72nd Security Forces Squadron. He joined the Home Away From Home program in 2018 and was partnered with the Kloibers.

“I wasn’t just an Airman in the program, but as Pam says, I was one of her kids,” he said. “Because of that, I saw her as more than just a mentor. I saw her and Mike as my parents.”

He said Pam got after him as a parent would, too, because he doubted himself on many occasions.

“She reminded me many times over to keep pushing myself and great things would come,” Decker said. “So without this program, without Mike and Pam, I wouldn’t be the person I am today.”

Once a month, the Home Away From Home program holds various events, such as professional development courses, dinners with guest speakers and other outings for Airmen and their mentor families to attend.

The concept has spread to more than 18 military bases around the country with the organization receiving national recognition. 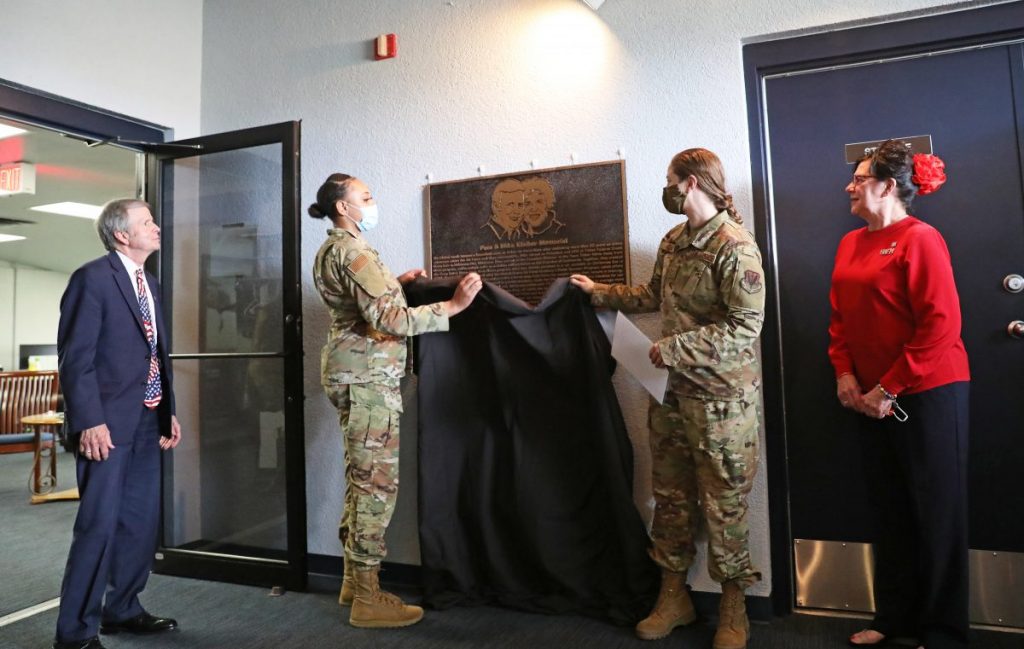 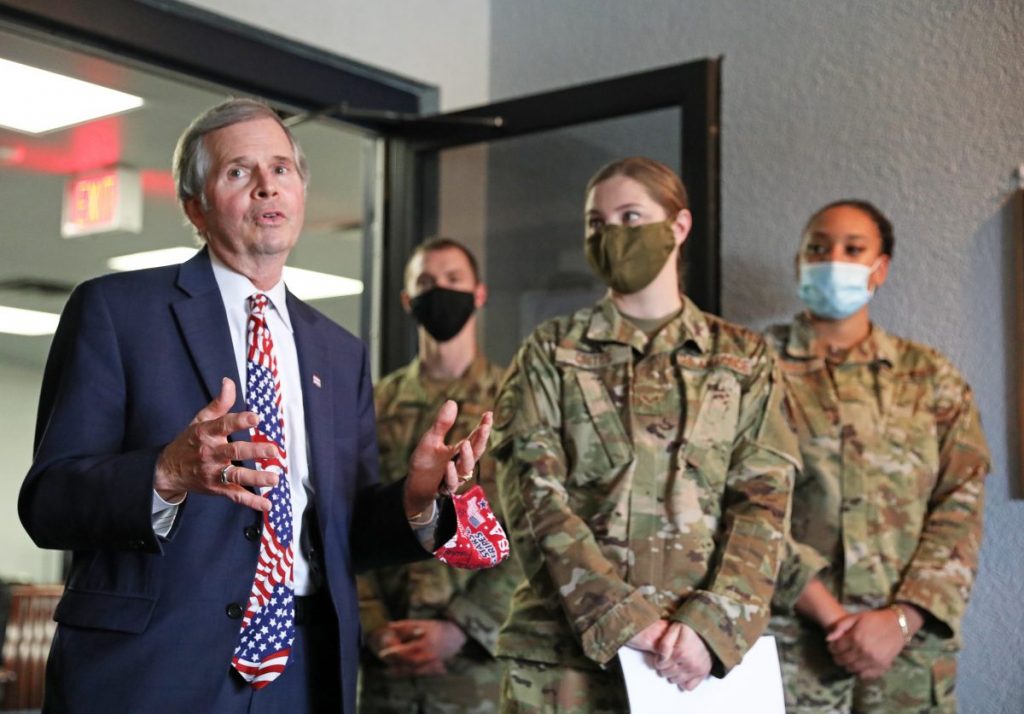 Mike Kloiber speaks during a plaque unveiling ceremony at Tinker Air Force Base. Mike and his wife Pam were recognized for their support. (Photo by Jeff Harrison) 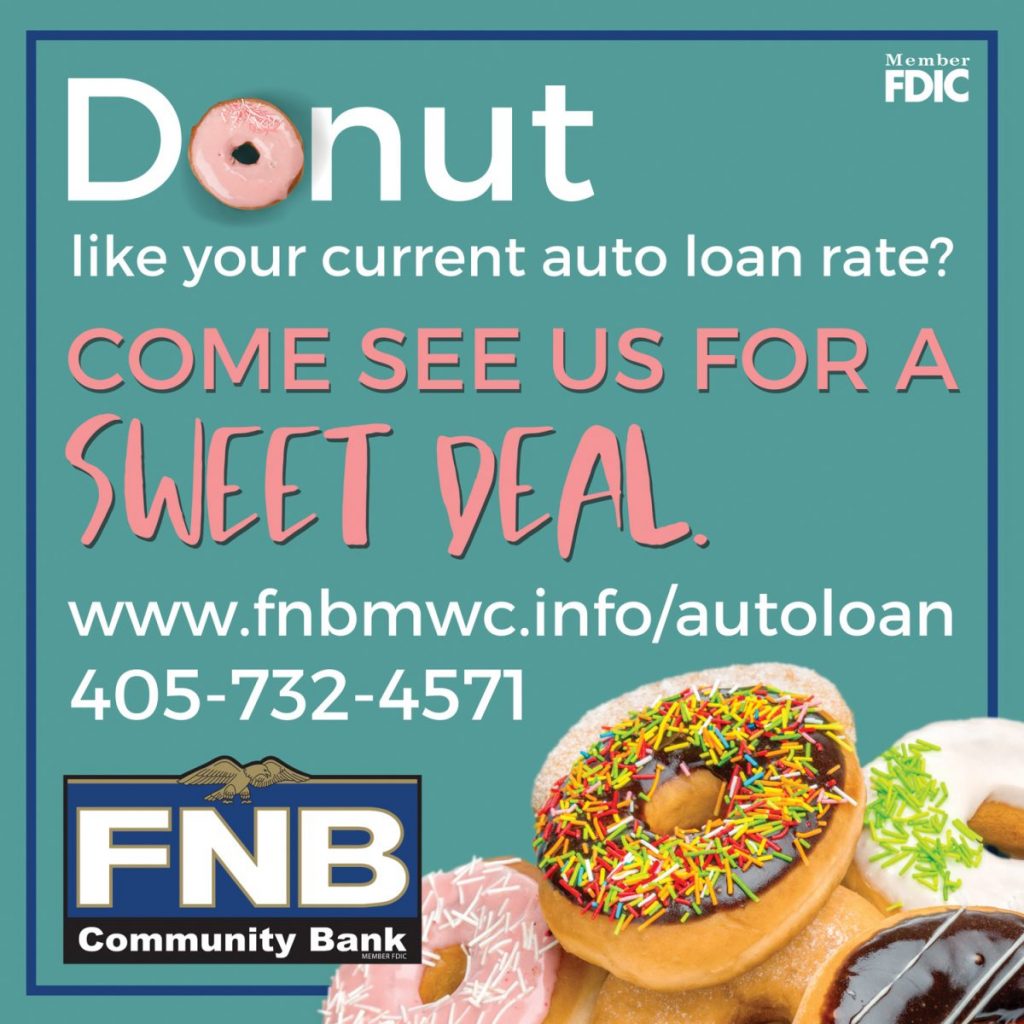