Because Ward 3 was vacated earlier this year, a quorum could not be declared until after Dickson was sworn in.

Once he was, his son and local boy scout Matt Dickson led the Pledge of Allegiance for the council meeting.

The council agreed unanimously to appoint Todd Littleton to the Ward 3 seat. The seat was rightfully Littleton’s, but he vacated the seat to spend more time with his grandkids earlier this year.

Littleton changed his mind to help see through some projects that he had a big hand in.

David Perryman swore in the council members, and Ward 2’s Mary Smith was selected as the city’s Vice Mayor as well. The meeting then moved on to a recognition of Tuttle Fire Department’s new volunteers. TFD Chief Ryan Allen introduced the newcomers: Cooper Benson, Carson Walker, and Bradley Ransome.

All three are born-and-raised Tuttle men. Benson and Walker are pursuing careers as full-time firefighters.

City Manager Tim Young said following the introductions, “It is great to see our volunteer ranks fill up again steadily. That’s definitely great news for the community to see guys like this step up and serve in a volunteer role.”

A 30-year volunteer firefighter for TFD , Dist. 23 Senator Lonnie Paxton was in attendance to observe the honors.

“I’m biased on this issue,” Paxton laughed. “Without volunteers, towns like Tuttle would have a very difficult time

providing the kind of fire service they provide. Cities all across Oklahoma and the United States, that are smaller communities, such as Tuttle, rely on volunteers. When I first started here, Tuttle was 100 percent volunteer, and

For more on the council meeting, including community development and general city business, read next week’s Tuttle Times.

For more on the City of Tuttle, go online to cityoftuttle.com. 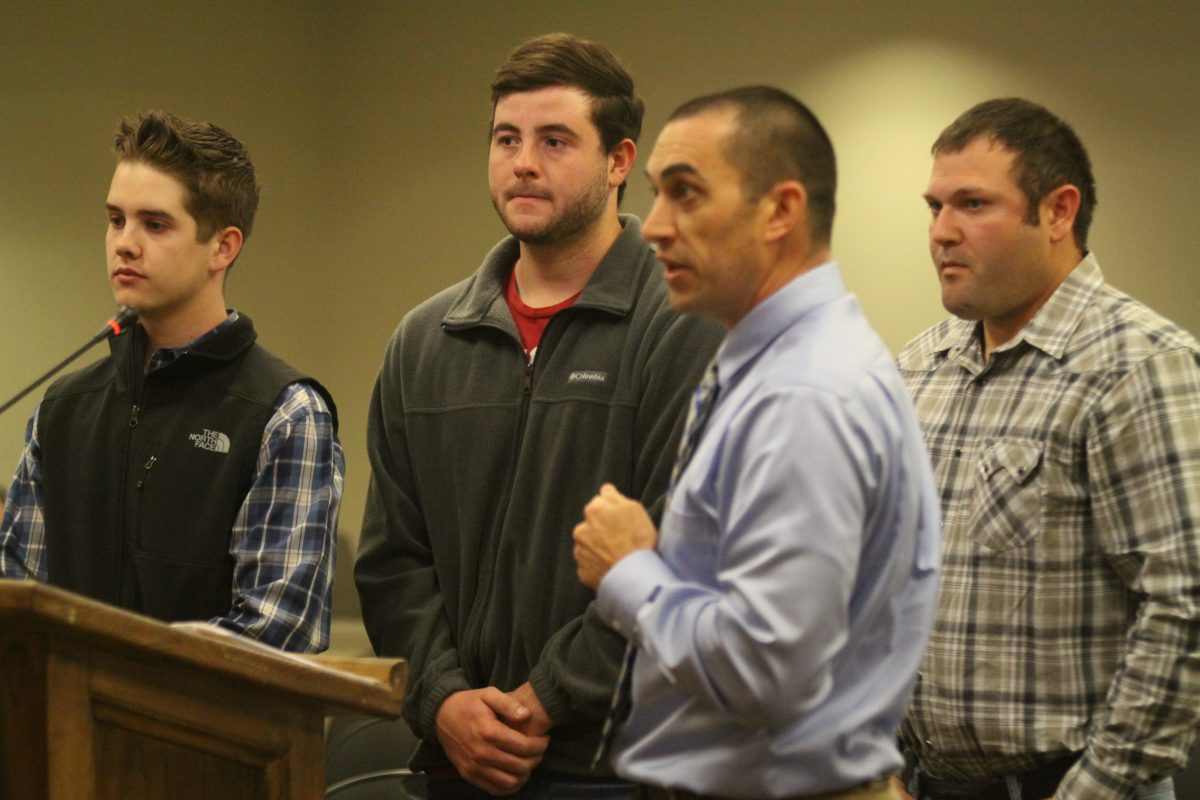