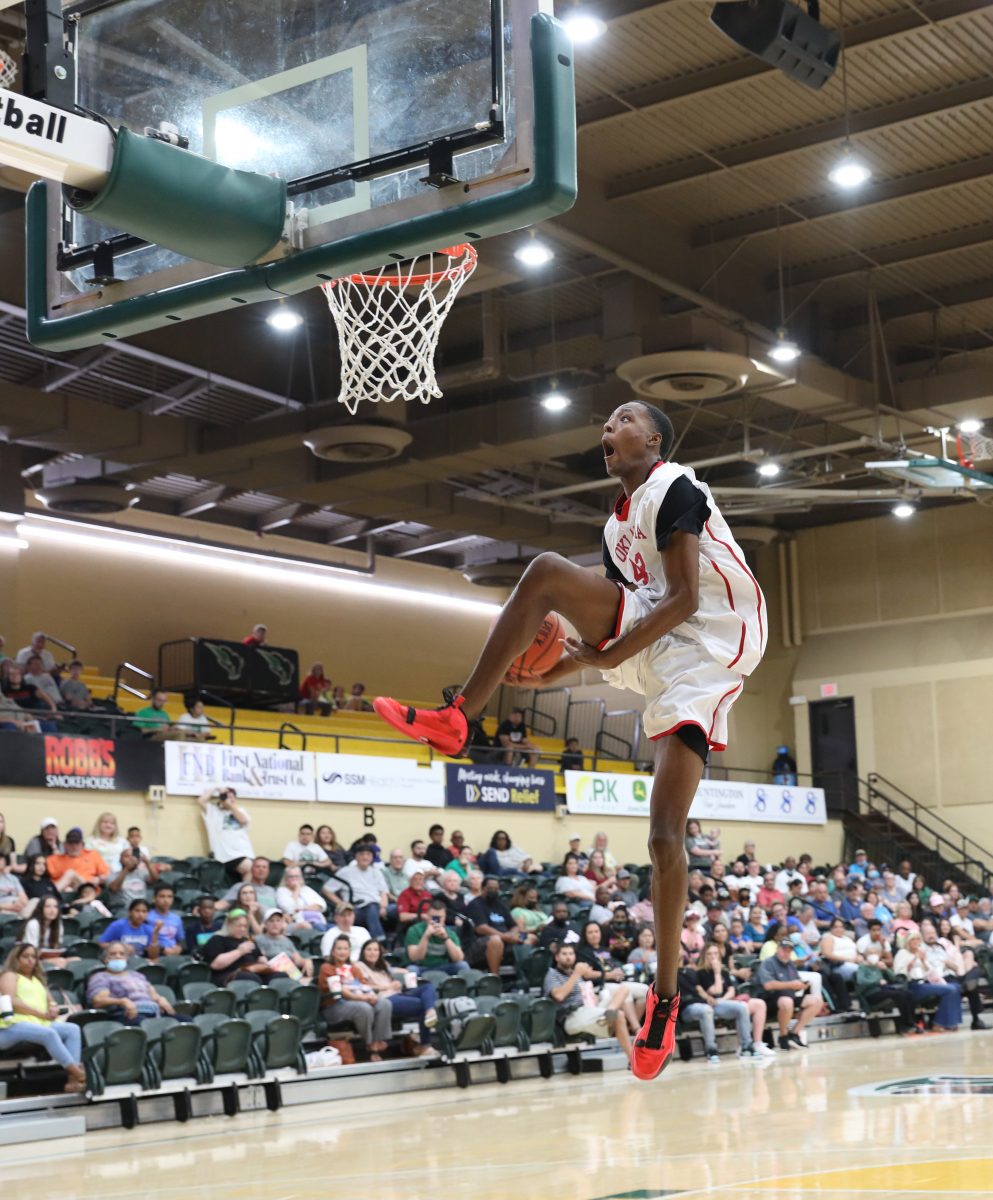 SHAWNEE – 2021 Del City High School graduate Keyondre Young has been receiving honors both before and after he led his Eagle teammates to the OSSAA 2021 State Class 6A basketball championship in March.

Saturday he was the recipient a couple more and his coach Lenny Hatchett had to accept one of them for his 6-8 superstar.

While Hatchett was in Edmond for the meeting of the Oklahoma Basketball Coaches Association meeting to accept the large school Coach of the Year award, he accepted the OBCA All-State and Large School Player of the Year plaques on behalf of Young.

Keyondre was busy in Shawnee representing Oklahoma in the 59th annual Faith 7 basketball classic at OBU.

And although the hot-shooting Texans posted a 121-109 shootout win over the Sooner State men, Oklahoma still holds a 37-23 edge in the series that celebrated its 59th year. (Some years the teams played two games).

In spite of the loss, Young was brilliant in his time on the court, sparking the Oklahoma attack with 17 points, 9 rebounds, a pair of steals and even two assists.

All-Star games are usually notorious for a me-ball attitude with most of the players, meaning whoever brings it across center court usually gets the shot.

Young was lost in that shuffle as he tried to play Hatchett’s theory of team ball with Young as the center of attention. Thus, Keyondre barely touched the ball in the first period and only had a pair of free throws in the second period as Texas jumped out to a 54-44 advantage.

The Texas lead had soared to 20 in the third period when Young apparently had enough of the selfish play.

After Putnam North’s Josh Nwanko sank a trey, Young grabbed a rebound on Texas’ next trip, dribbled the length of the court and sank a jumper in the lane.

Same scenario next trip as Young made it all the way to the bucket and banked in his second straight. Following a Texas bucket, Young got the ball at mid-court, paused on the wing and swished a jumper over a 6-10 defender.

Texas finally realized he was killing them and fouled him on the next trip down the court and Young hit both free throws.

With time running out in the third period, the Texans double-teamed Young and he found Nwanko at the top of the key for a 3-ball and would up a productive third period, beating the buzzer with a baseline jumper.

For the period, Young had 10 points, 6 rebounds, 2 assists and a steal.

Keyondre had another field goal and then put the frosting on the cake with a three pointer in the fourth.

Nwanko led the Oklahoma scoring with 18 points, Young had 17 and Jackson Skipper of Sapulpa had 15. Other double digit scorers were Danquez Dawsey of Lawton Mac with 13, and Matt Stone of Kingfisher and Marquel Sutton of Tulsa Rogers each had 12. Stone was the winner of the Slam Dunk contest at halftime.

The name of the series comes from Faith 7 spacecraft on which Shawnee native Gordon Cooper was an astronaut. The game is a charity event and all proceeds go to the Faith 7 Activity Center which provides activities and training for challenged adults in the Shawnee area.

Members of the Faith 7 team and the coaches are selected by the Oklahoma Basketball Coaches Association. 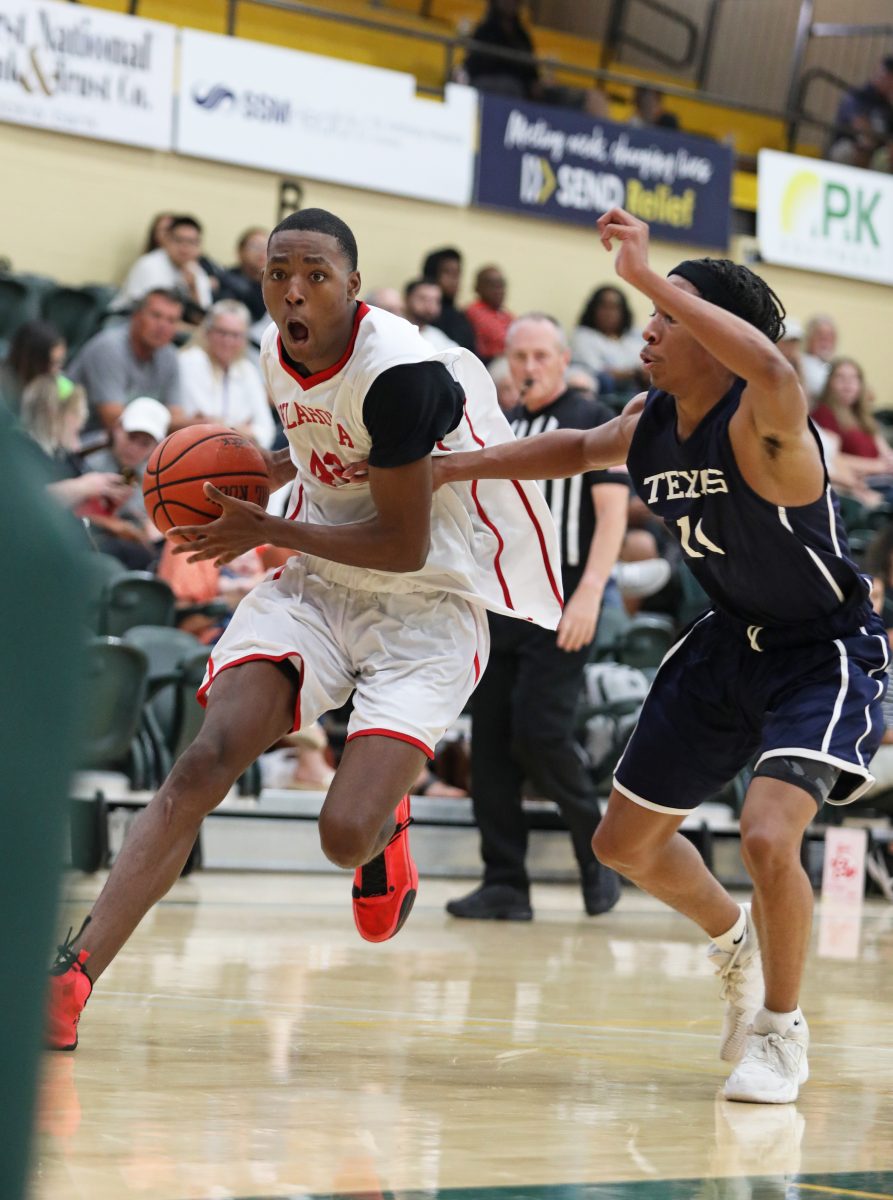