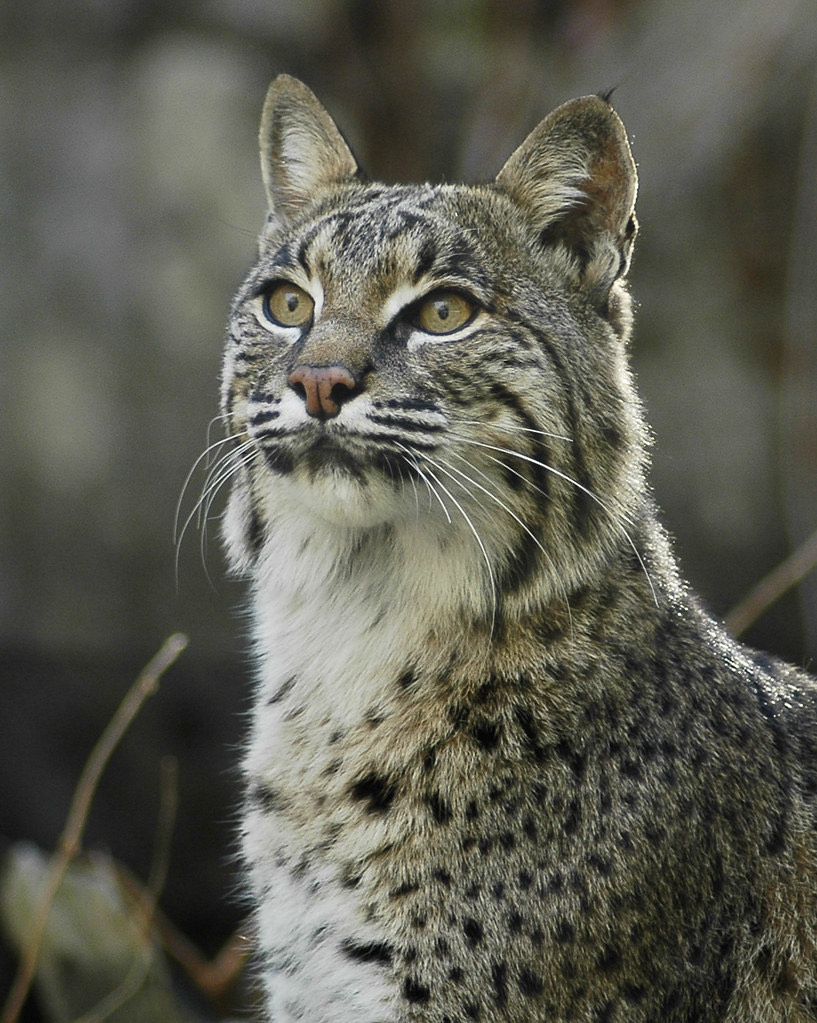 Some local homeowners have been facing off with bobcats recently. The City of Tuttle received a report earlier this month about a potential big cat sighting at the Tuttle Soccer Complex, which includes a wooded walking track that was opened within the last few years.

Grady County Game Warden Michael Zimmerman follows up on issues involving hunting seasons, tag limits, and other rules. To get the most in-depth information about bobcats to the public, Zimmerman referred Furbearer Biologist Jared Davis.

Davis explained that bobcats are not so much looking for new territory right now, but are looking to use what space they have to educate their young.

“This time of year, the females will have kittens,” Davis said Friday, “and they should already be moving around and teaching them how to hunt, how to do this, or how to do that. There’s not really going to be a whole lot of territorial expansion right now. There will be some later in the year, with new territories being set up and they’ll be kind of branching out, but right now that’s kind of what they’re going through, getting those young ready to go for the season.”

Some of the specific concerns addressed by the public in the last couple weeks involve protecting birds and other animals.

That’s a problem with which Davis can empathize.

“That’s always a hard thing to deal with,” the biologist said. “Me and my wife, we have a lot of poultry as well. We have run into that issue, quite often, because we live in a rural area, and it’s got a lot of wooded areas. One thing that you can do, don’t create an environment that a bobcat can feel comfortable in, that a bobcat can safely conceal itself or stalk. Creating a good size buffer around the areas that your poultry or animals are going to be in. That gives poultry enough time to run and get up high before the bobcat can get to them.”

Creating that buffer zone is important, the biologist said, but getting rid of attractants for bobcats, like brush piles, high grasses, or any areas of easy concealment, that’s going to be the first and foremost priority in guarding your birds.

“We found out that with our animals, especially our poultry, you need to keep them in at night and predator-proof your coups the best you can,” Davis said. “We have a livestock guardian dog who’s done a really good job on our property, keeping any predators away.”

Any wild animal can be dangerous towards people, but there are few accounts of bobcats lashing out at humans.

“What we see, it’s very, very rare,” Davis said of a bobcat’s likelihood for attacking humans. “When there is a bobcat conflict, it’s normally human error, or a sick bobcat, either old or diseased, which is even more rare. We don’t see a whole lot of that. In the early spring is normally when we see those conflicts arise, not normally with people, but with domestic animals like house pets.

“The females are a little bit more territorial due to the fact that they will have cubs. Usually, it’s people or pets getting too close to a den or a bobcat, which then turns into a territorial dispute. In Oklahoma, we don’t hardly ever get any reports. I think in five years, I’ve gotten two- maybe three or four- reports of a human actually getting attacked, but it’s sometimes pets getting attacked and then the owners getting involved, which is not a good idea.

“In the majority of circumstances, they don’t look at us and see prey. If anything, we’re competition or a threat. It’s not that they look at us and see a food item. They’ll size you up. There’s no doubt about that. They’re curious little critters, but as far as attempting to attack, that’s only if they get backed into a corner and that’s true with the majority of wild animals.”

The Oklahoma Department of Wildlife doesn’t have the resources to respond to every bobcat problem, so it’s up to citizens to protect their own. While there is a season for killing bobcats, it is permissible to kill or trap them if necessary to protect one’s animals.

“As far as technical assistance, physically on the ground, that would be a full-time job for a lot of people if that was the case,” Davis said. “It’s just not something that we can feasibly do. What we do offer is advice. That’s part of my job, is to help people understand what they can and can’t do with the Bobcats that may be preying on their livestock, or their poultry. There are specific laws that allow people to protect their livestock against predators. So, if they see it and they have lost livestock, and you can articulate that it was probably going to take your animals again, at that point in time, you’re well within your rights to protect your livestock, be it by killing it, or trapping and relocating it. Now, there are businesses that we license to trap year-round in those situations, but they are private businesses and they do charge for their services.”

“There is a season on Bobcats,” Davis said, “so unless you can articulate that it was either threatening you, your animals, or your livestock, then yes, you could possibly get in trouble. We can’t speak to any municipality across the state, because we don’t know what their regulations are. There are some that have different zoning regulations that allow people to discharge firearms in certain areas or different zones of that municipality. As the state’s concerned, there’s no law that is keeping anyone from protecting their birds or poultry. There are actually specific laws in place that allow them to protect their livestock.”