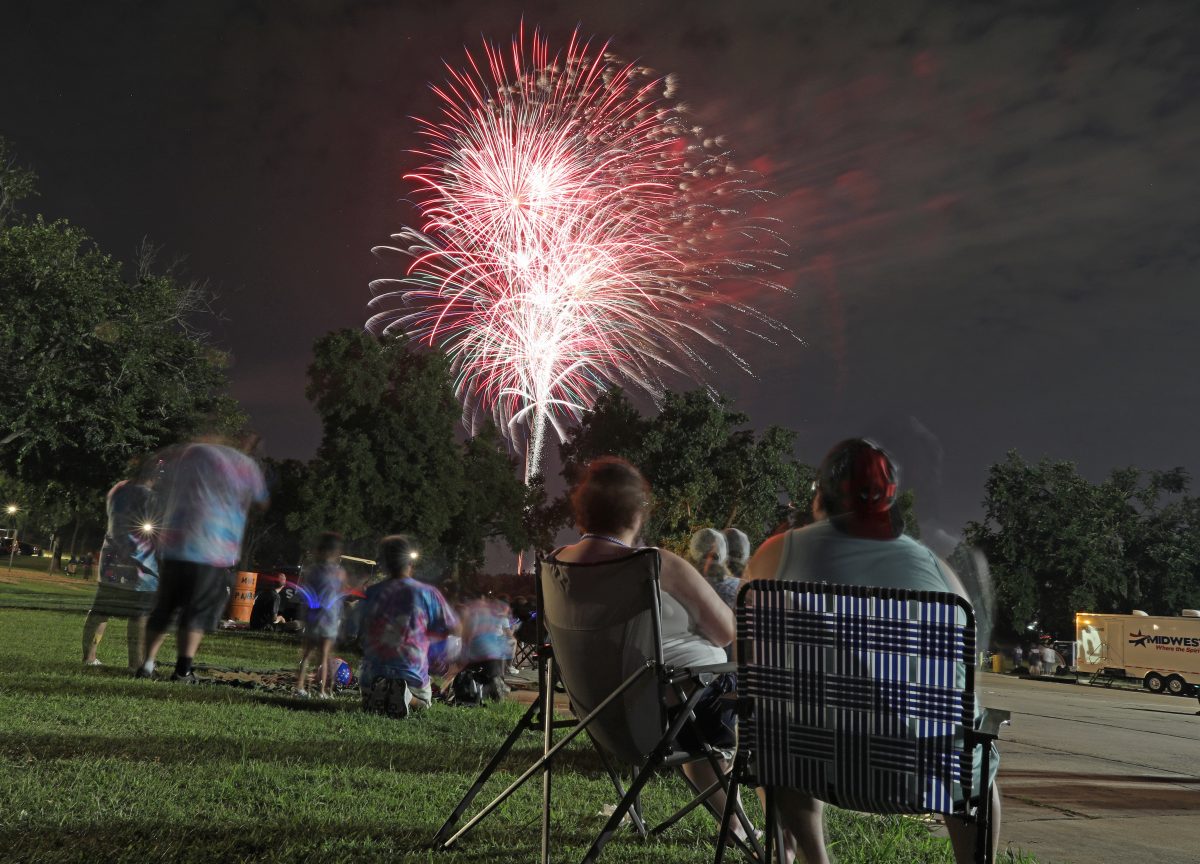 The city of Midwest City hosted its annual Tribute to Liberty celebration Sunday evening at Joe B. Barnes Regional Park.

The Fourth of July event included live music from an Andrews Sisters tribute and Souled Out, as well as food trucks and fireworks. The city also awarded the winners of the Patriotic Pup contest.
Due to all the rain, things were different as the stage was set up in the main parking lot along with the food trucks. Dep. Kevin Brown, Reserve Communications, Officer Allen Taylor and Sgt. James Cochran provided security.

Members of the Citizens Police Academy Alumna were giving everyone a ride to the entertainment section. Some of them present were President, Joyce George, Chris Hicks, David and Sally Munson and George and Jodi Turek.

Mayor Matt Dukes welcomed everyone and thanked them for attending the Fourth of July celebration.

Souled Out Band performed until time for the fireworks at 9:45 which were more elaborate than in the past and cheered by the crowd.