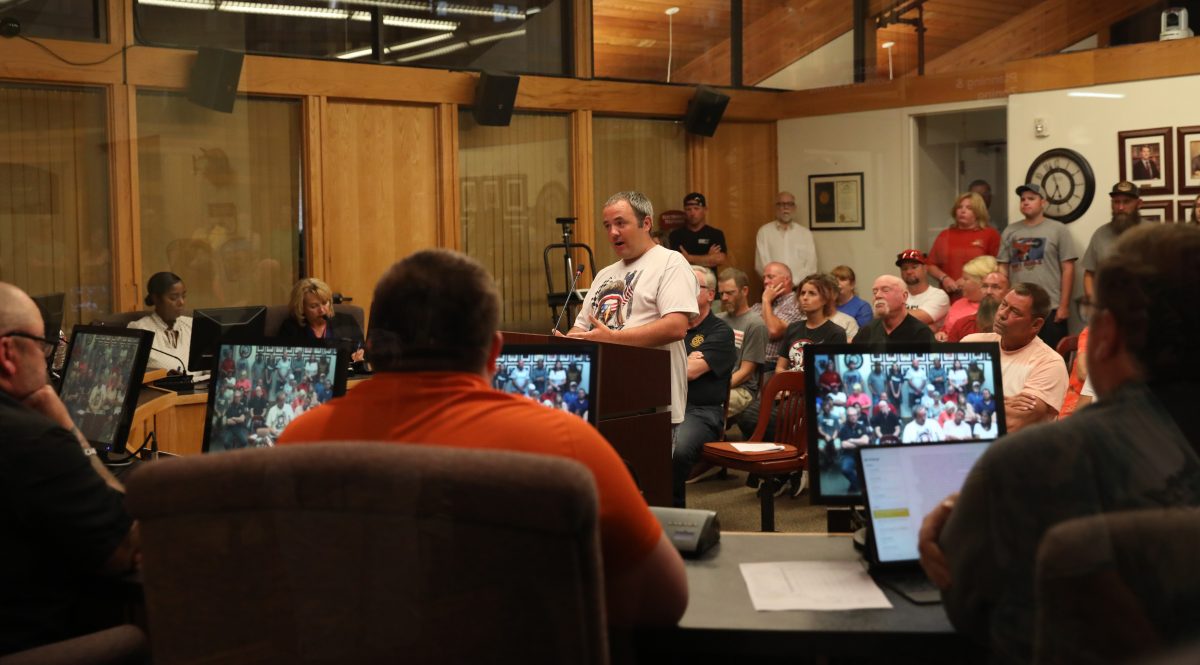 A motocross track could be making its way to Del City.

The city council approved a request to rezone the vacant property, as well as a special use permit that would allow development of the track at 4600 E. Reno Ave.

Jeremy Thomas plans to develop a motocross track on the northern part of the 38-acre property. He said the motocross track would provide economic development and draw visitors to Del City.

The proposed motocross track would be open on Saturdays and Sundays from 10 a.m. – 4 p.m. Thomas said they would not host races every weekend. On non-race days, they would open the track to the public.

“When I presented the idea, I never thought everyone would agree with it, but I think overall it’s a good thing for the city,” he said. 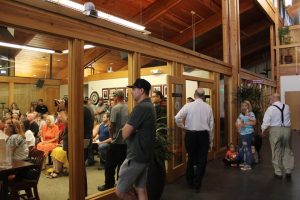 People watch a Del City Council meeting from the hallway last week. The large turnout was due to a controversial proposal to build a motocross track near E. Reno Ave. and Vickie Dr. (Photo by Anthony Thomas)

Thomas said he grew up in Del City and started riding dirt bikes after being introduced to the sport through a program put on by the Del City Police Department. His passion for motorcycles turned into a career. He opened a motocross track near Stillwater where he lives and organizes several races. Thomas hopes to develop some type of community programs similar to the one he enjoyed as a child.

The planning commission recommended approval of the proposal last month. Monica Cardin, director of community development, said Thomas has already completed a lot of “leg work” for the application including a notice of intent plan for stormwater prevention from the DEQ. She said Thomas would need to follow all requirements since the property is in a flood plain.

Several residents voiced their opposition to the proposed motocross track, citing concerns about noise, traffic, and water drainage. The Woodcrest Heights housing addition is located east of the proposed track.

Charles Roark, who lives in Woodcrest Heights, said the proposed track would create a nuisance for nearby residents and make the neighborhood less desirable to live in. He submitted a petition opposing the motocross park that was signed by 113 residents including 71 from Woodcrest Heights.

“We request that you do due diligence to make sure our lives are not unfairly impacted,” he said. “That we have right to enjoy our property without being forced to participate in someone else’s hobby.”

Ward 4 Councilman Kyle Gandy, who represents the area near the proposed track, questioned if the city and council had fairly evaluated the proposal and its potential impacts – both positive and negative – on nearby residents.

“I question the due diligence we have done as a city and as a council to take care of our citizens, specifically the citizens of Ward 4,” he said.

Gandy raised concerns about communications between city officials and the developer of the proposed motocross track. Those correspondences were unveiled through an open records request by Charles Roark, a Del City resident.

“I feel like there has been some discussions that would imply a rubber stamp approval by the council,” he said. “I did not have my decision made until shortly before the council [meeting] just based on all of the feedback I received.”

Gandy said he would like to see a “real-world study” with 10-15 motorcycles completed by an independent professional.

“I think we owe it to the residents of Woodcrest Heights to at least make a concerted effort to take or have an independent feasibility study done,” he said.

Several people spoke in favor of the motocross park and the positive impacts it would bring. They described the motocross track as a family atmosphere and disagreed with concerns about noise.

“These aren’t loud Harley’s,” said Mike Duval. “These are not loud races. They’re smaller displacement motors and not like a loud drag race.”

Bill Steuver, who operates a motocross track in Ponca City, said the Del City proposal is like the one he oversees. He said the track has had a positive economic impact in Ponca City and has not drawn noise complaints from nearby residents.

Following the lengthy discussion, the council approved the special use permit with a requirement for gravel drives and parking lots and hard surface approaches for all entrances.

Thomas said he hopes to begin work on the track in September and have it open by November. 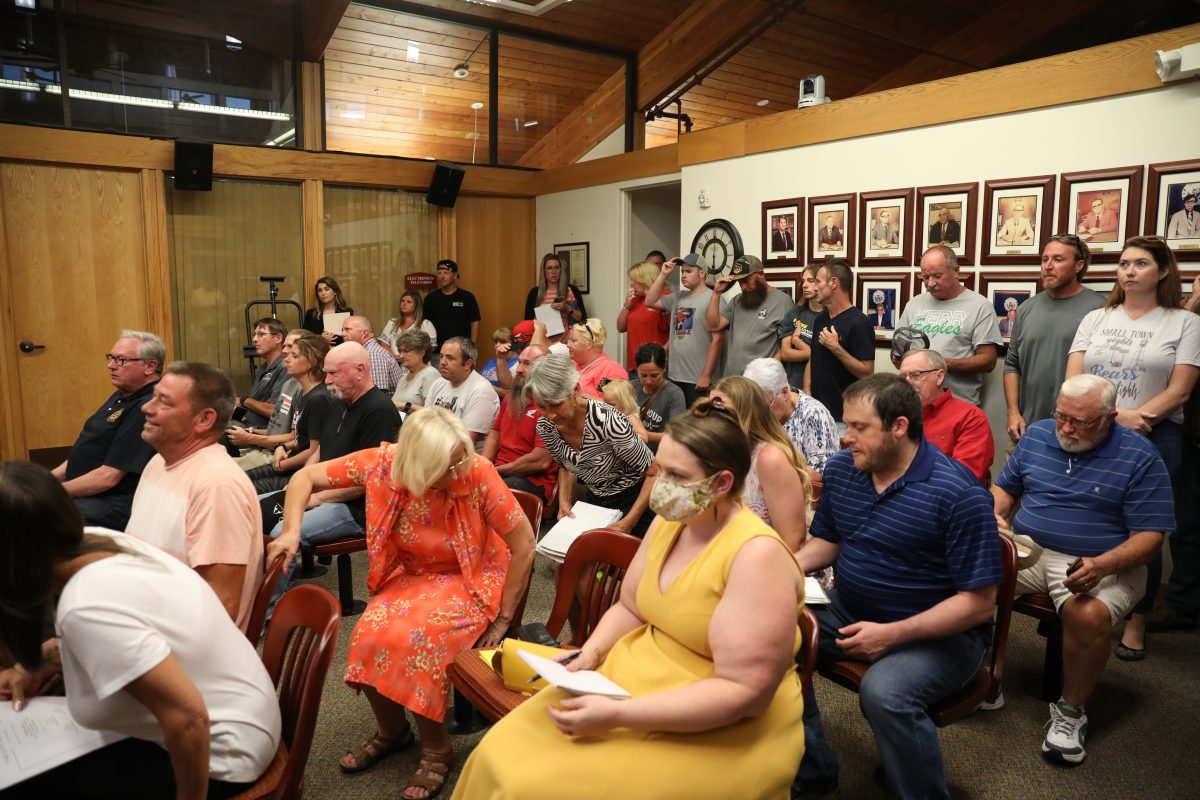