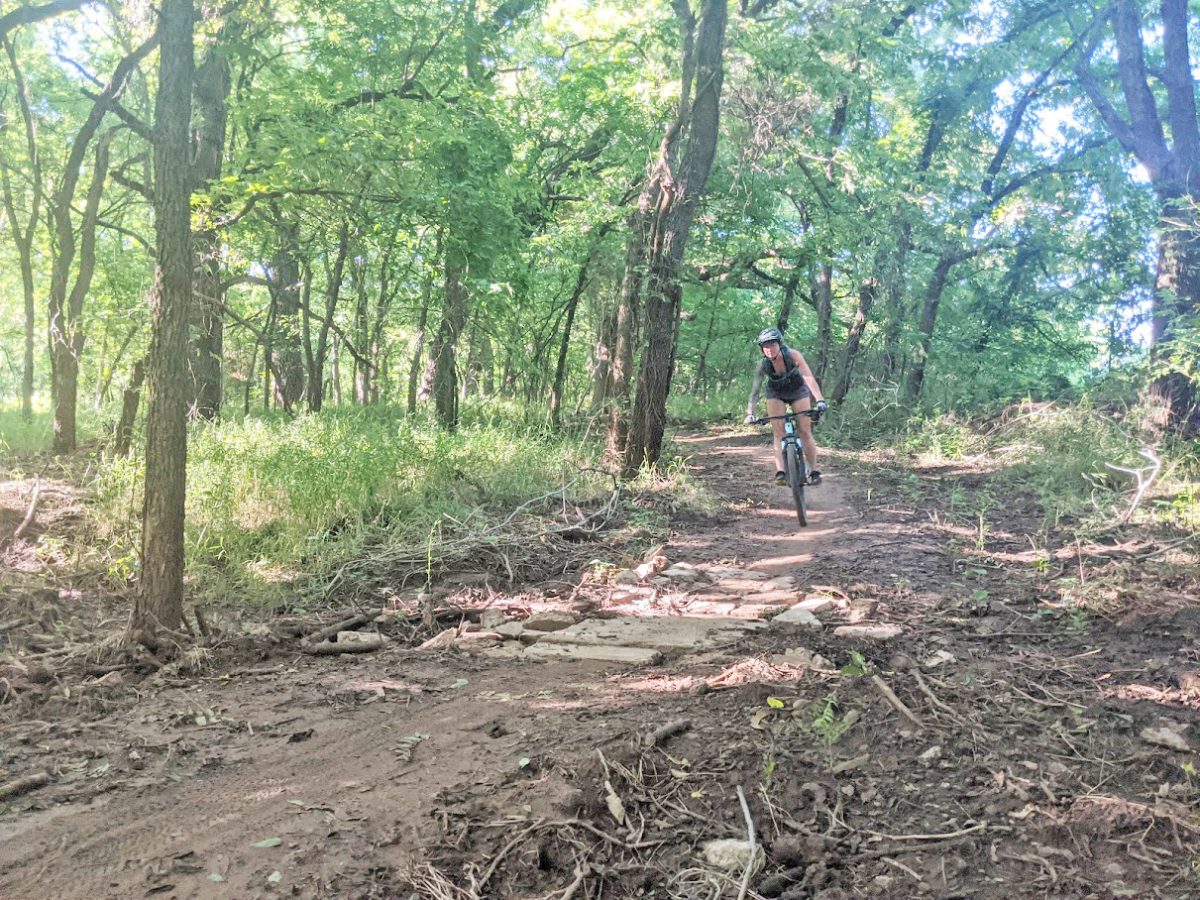 A local entrepreneur plans to develop a recreational facility that will cater to mountain bicyclists at the Soldier Creek Industrial Park Trail in Midwest City. (Photo provided)

A business that caters to off-road bicycles last week bought land near the Soldier Creek Industrial Park Trail in Midwest City with plans to build a recreational facility that compliments the trail.

The Hub would include outdoor entertainment space, bicycle rentals and repairs, training course, restaurant and brewery. The business also hopes to host bike races and events.

“We’re trying to create a space that would service riders as they come to the trail,” said Steven VanCauwenbergh, manager of Hub Bike Park LLC. “We want to create an atmosphere for families and encourages them to be active.”

The property is east of the SCIP Trail in the city’s undeveloped Soldier Creek Industrial Park, located along NE 23rd St. between Air Depot and Midwest boulevards. It is the first property sold in the development.

Robert Coleman, economic development director for Midwest City, said he’s excited for the new business and plans for development of the area.

“Their business is not industrial in nature but what they want to do would complement what we’re doing with the trail which gets more popular by the day,” Coleman said.

VanCauwenbergh said The Hub will be developed in phases. The first phase will likely include paved parking, outdoor seating and a storage building. They plan to break ground on the project soon and hope to have the first phase ready by March.

The trail includes an ADA compliant trail head with shelter and map. Trail signs denote levels of difficulty. Picnic and bathroom facilities are available as well as a paved parking area. The trail is open for mountain biking, running and hiking.

VanCauwenbergh believes the Soldier Creek Industrial Park Trail is a “hidden gem” that could develop into a destination for mountain bike enthusiasts and families.

“We want a place where people and families can come and spend the whole day,” he said. “We want to put on races and create events that bring people to Midwest City.”