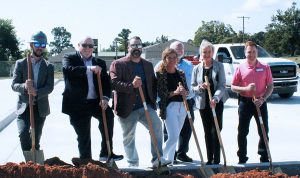 The Choctaw Area Chamber of Commerce celebrates a ground-breaking ceremony. For a second building being constructed in Bobby Lewis’ development at Choctaw Road and SE 15th. (PHOTO BY RYAN HORTON)

Visitors got a tour of the first two anchor offices in the new development and also took a look at the future site of Domino’s Pizza and an empty commercial space still available.

A ground-breaking ceremony was hosted to the south as a mirror building will soon be going up.

That second development is under construction and will add up to five 1200-square foot retail spaces.

“I knew this corner was better than it looked before. When I got this spot there was a rundown gas station and a lot of trees that just didn’t look very good,” said developer Bobby Lewis. “But I could see the potential. All you have to do is stand on the corner and watch the cars drive by.”

Lewis says some businesses he’d like to see locate on that corner require a daily traffic count of 19,000, while recent traffic studies show about 16,000.

“We didn’t have the traffic to pull some businesses I’d like, but I’m hoping once we have Domino’s Pizza open, we’ll up those numbers,” said Lewis. “I built this to improve the city. I’m not hungry for money, and want to attract quality commercial businesses to improve the community.”

Lewis says Domino’s Pizza should be open by early December.

“Simple Simon’s in Harrah serves some of the area south of Choctaw, but no one delivers to my house until Domino’s opens,” said Lewis. “This should open up a 10-minute corridor for delivery food for a currently unserved area.” 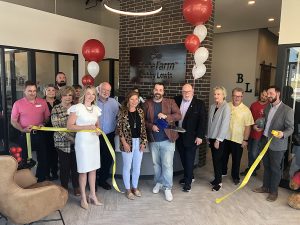 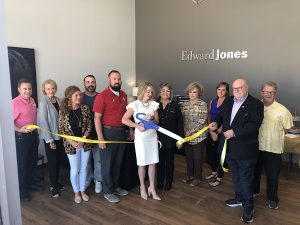 More photos can be found in our Facebook ALBUM