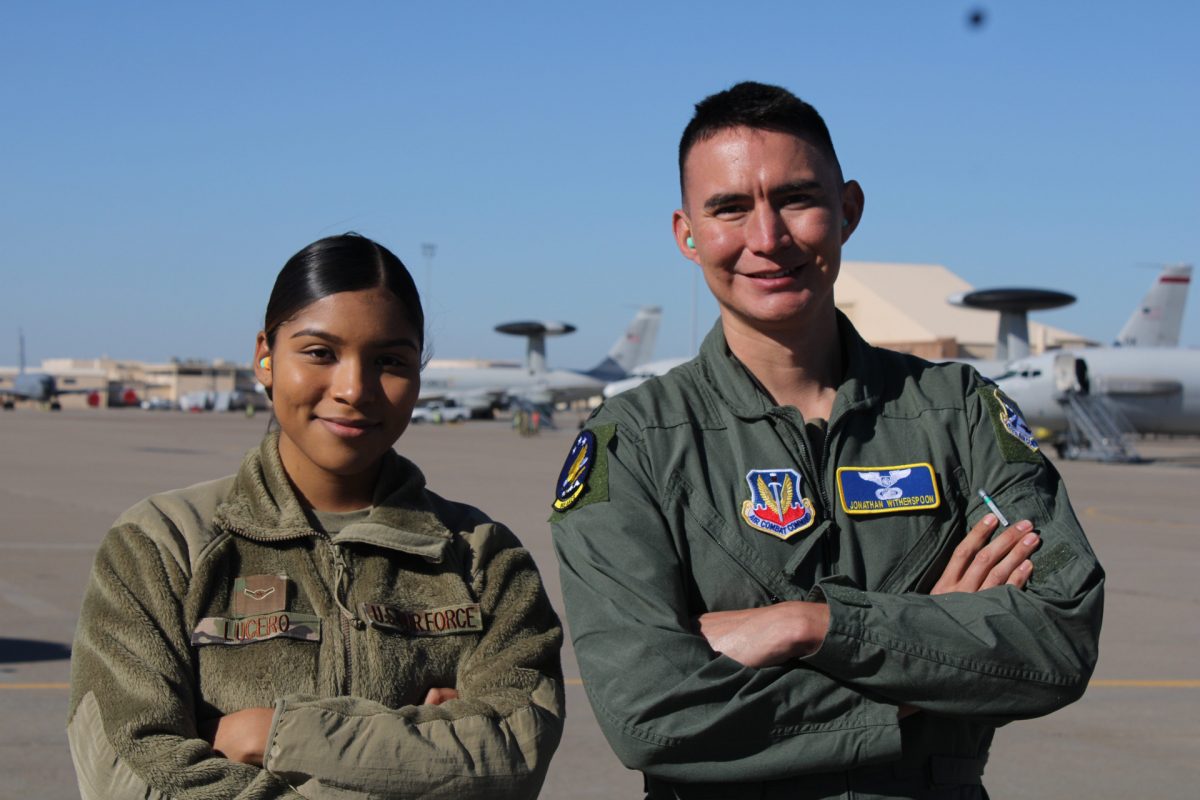 The two airmen shared their life stories so far as well as their shared experiences and challenges as Native Americans and members of the military.

Airman Allura Lucero is a member of the San Felipe Pueblo tribe and is a maintenance management scheduler. She is two years into her military career and has spent one and a half years at Tinker. The 20-year-old hails from San Felipe, New Mexico. She is fifth generation military and both her parents served in the Marine Corps.

Lucero primarily joined the service for educational opportunities and because she believed it was the right path for herself. She has found that it has opened many doors for her career and other aspects of her life. She is working on a bachelor’s degree in criminal justice.

“Being Native American in the Air Force signifies to me just a strong representation of the Native American community. I feel like our background is so heavily affected. Recognizing us and highlighting that we are a part of the United States mission is important,” said Lucero.

1st Lt. Jonathan Witherspoon is a member of the Navajo tribe and is an air battle manager. He has nearly four years of military service and is coming up on one year at Tinker. The 31-year-old is from Hard Rock, Arizona. He is the first in his family to serve in the armed forces and is ¾ Navajo.

Witherspoon joined the Air Force like many others with the hopes of becoming a fighter pilot but instead became a developmental engineer. Which gave him the training and experience that landed him the position he is in today. He has completed his bachelor’s degree in mechanical engineering.

Despite their differences the two airmen shared the experiences and challenges of being Native in the military.

Lucero shared that early in her military career she felt that parts of her culture and heritage were not being respected at work. After bringing up the issues to her supervisors the issues were dealt with appropriately and efficiently. Witherspoon also confirmed having similar experiences in his career.

Like all Natives, their cultures and beliefs are heavily grounded in family and their native land. Lucero and Witherspoon explained being away from family and their land takes a toll on the way they can practice traditions and rituals. Witherspoon described it as, “feeling like a part of you is missing.”

Another challenge experienced by Native service members is a feeling of isolation and loneliness. On the other hand, this small group has become a close-knit family.