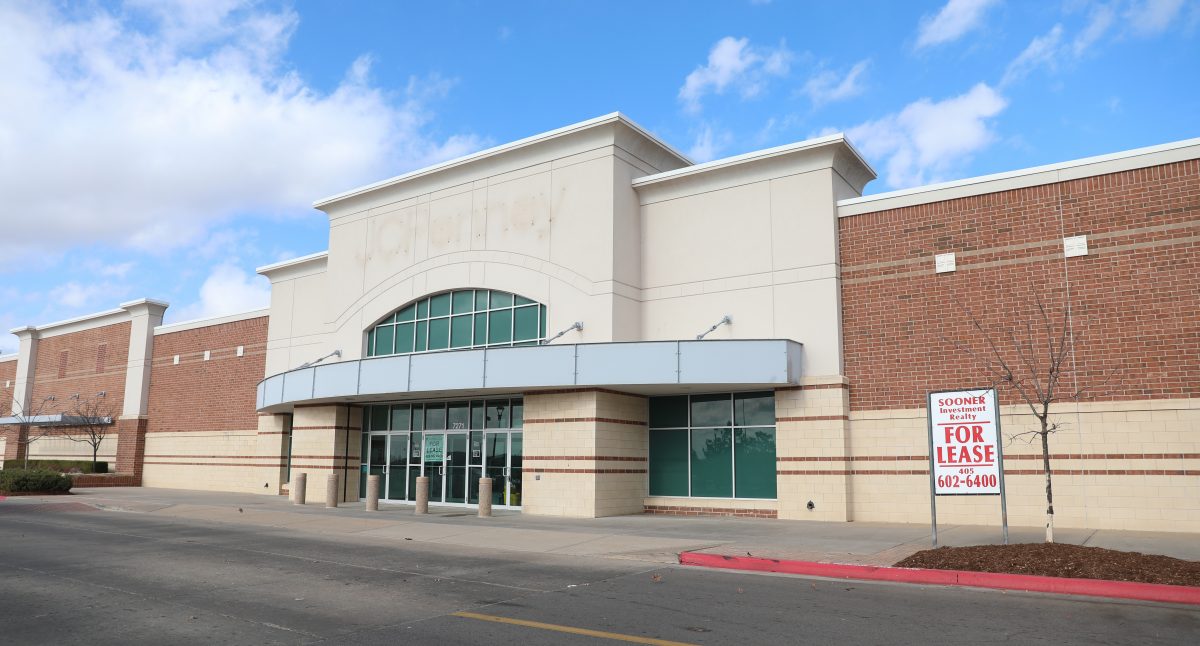 The Midwest City store will be the first to feature Mathis Brothers’ new concept, which includes Ashley Furniture and La-Z-Boy stores. It is expected to generate $20 million in sales, create 70 jobs, and draw more than 115,000 new customers to Town Center Plaza.

“This is a perfect opportunity for us to fill the JC Penney space and to bring people to Town Center Plaza,” said City Manager Tim Lyon. “We’re excited about this and appreciative for Bill Mathis and his team for trying something new and helping us fill one of the greatest needs in our community.”

Robert Coleman, Midwest City economic development director, says the store will fill a physical hole in Town Center Plaza and a void in the local economy.  He pointed to a study by the Oklahoma Department of Commerce that says the city loses more than $4 million each year in furniture sales.

“Mathis Home represents a solid regional draw, and tenants in Town Center Plaza will see a great boost from new customer traffic that may not have visited otherwise,” Coleman said.

Mathis Brothers plans to invest about $6 million in renovating the 100,000-square-foot building. The project includes remodeling the interior space, the entrance as well as replacing the roof and HVAC systems.

The money will be paid through proceeds from ground leases in Town Center Plaza, Coleman said.

Filling the large retail space has been a challenge. The 100,000-square-foot building is nearly 300 feet deep. The owner considered dividing the building into smaller spaces. City leaders had even discussed demolishing the building, which in 2007 cost over $8 million to build.

“In today’s market it is very difficult to lease a space that is as large and as deep as this,” Coleman said.

The empty building represents about 90% of the vacancies in Town Center Plaza.

Midwest City leaders and Mathis Brothers have been working on the deal since this summer.

“Mathis Brothers said if we would help offset the costs of renovation they would be interested in leasing that building for 20 years,” Coleman said. “It looked like a no brainer.”

“The deal insures Mathis Home as a long-term tenant while helping alleviate the costs of remodeling of a building where we have a vested interest,” said Mayor Matt Dukes who also serves as Chairman for the EDA.

The incentive plan does not take effect until the lease is signed and only after a City Certificate of Occupancy is issued for the store, all of which should be completed by late next spring.

The Midwest City Economic Development Authority is a public trust and overseen by members of the city council. The trust was created to expand the City’s tax base, create and preserve employment opportunities and to foster, promote and enhance economic and community development within the City.