Editor’s Note: This is the second in a three-part series profiling candidates for the upcoming Midwest City municipal elections. The Beacon will highlight one race each week leading up to the Feb. 8 election for Mayor, Ward 3 and Ward 5.

AJ Bailey has lived in Midwest City for much of his life.

He believes he has a good understanding of issues and concerns facing residents. And wants to provide a voice for those people as the next Ward 3 City Councilmember.

“I have lived here since 1995 and have a real familiarity with this area,” Bailey said. “I talk to a lot of people and want to help the city and the ward.”
Bailey is running for the Ward 3 seat in the upcoming primary election on Feb. 8. Incumbent Councilwoman Epsaniola Bowen and Megan Bain are also candidates. A general election will take place on April 5 if none of the candidates receive a majority of the vote.

Bailey was born on Tinker Air Force Base. His father served in the military and their family moved several times before settling in Midwest City in 1995. He attended local schools and graduated from Carl Albert High School. After high school, Bailey went to Rose State College and earned a bachelor’s degree at UCO.

He currently works at Tinker Air Force Base in IT and cyber security, while also working on a master’s degrees in public administration at UCO.

He married his high school sweetheart in 2009.

Bailey has run for the State House of Representatives in the past.

“Several people say they feel like they’re being targeted by code enforcement,” he said. “One neighbor has a sticker on his door almost every other week from code enforcement.”
Bailey said local residents are also frustrated by the condition of streets and speeding through neighborhoods. But the issue that pushed him over the top was when he and some neighbors asked city officials about upgrading a neighborhood park. They wanted to improve the park and add a basketball court.

“I felt like they just didn’t want a basketball court at the park,” he said. “They told us that we could get a petition for it but we felt discouraged. That feeling like I didn’t have a voice made me want to run.”

Bailey said that, if elected, he would work to bring economic development to Ward 3.

“People in this ward and to the north feel undervalued with all of the development that’s occurring closer to SE 29th St. and Air Depot Blvd. and on SE 15th and Sooner Rd.,” he said. “There are a lot of empty spaces in shopping centers here.”

He would like to see the city offer incentives for businesses to move into other areas.

Like many longtime Midwest City residents, Megan Bain has seen plenty of changes in her hometown over the years.

Some good and some bad.

And she’s not satisfied just watching the change. She wants to be part of it as a member of the City Council.

“I genuinely love the city, its people and I really care about its future success,” she said. “This is my home and all I know. I want my kids to want to stay in the community and raise their own children so I’m really looking out for the best interest of what Midwest City has currently and what it will have in the future.”

Bain is one of three candidates that filed for the upcoming Ward 3 election.AJ Bailey and incumbent Councilwoman Españiola Bowen have also filed for the Feb. 8 primary election.
If none of the candidates receive at least 50% of the votes, a general election will take place on April 5.

Bain was born and raised in Midwest City. She attended St. Philip Neri Catholic School and later Midwest City High School. After graduation, she went to Rose State College and later Southern Nazarene University where she earned a degree in organizational leadership.

After college, Bain worked at Chesapeake Energy for about eight years before moving into education. She earned an alternative teacher certification and taught at County Estates Elementary in Midwest City and later Westfall Elementary in Choctaw.

Bain left the classroom to accept a position with the Midwest City Chamber of Commerce as the membership and marketing coordinator for about two years. She currently works as business and development coordinator for the Mid-Del Technology Center.

“I help market the Tech Center in the community and work directly with business and organizations for training and workforce needs,” Bain said.

Bain said she has fond memories of growing up in the city but is saddened by some of the changes over the years. She said the city has seen positives with development on SE 15th St. and SE 29th St. while other areas including the Heritage Park Mall and S. Air Depot Blvd. have declined.

“I love seeing the growth and new businesses (on SE 29th and SE 15th) but we really need to consider the development and redevelopment,” she said. “We need to be proactive and not reactive. We need to ask what’s going on with other areas.”

She pointed to passage of an ordinance that created fire inspection fees for local businesses. The city council passed the measure in November with little discussion. City officials shelved the plan in December after backlash from businesses and non-profit organizations.

“It was discouraging to me that the fire chief presented it to the council and no questions were asked and it passed unanimously within a few minutes,” she said.

“We need to do our due diligence and look at how it will affect infrastructure, police, fire, traffic and schools before anything is approved,” she said.

Bain and her husband Joel have lived in their home in Ward 3 for about 16 years. The couple have three children.

Deciding whether to run for re-election wasn’t a difficult one for Españiola Bowen.

The Ward 3 City Councilwoman said she’s proud of the progress the city has made in the past four years. But says there’s a lot more to do.

“We have a lot of work to do on the north side of Midwest City and I want to keep the city moving forward,” Bowen said. “I want to stay in office to continue the work that needs to be done.”

Bowen is seeking another four years on the city council. She has drawn two opponents in Megan Bain and AJ Bailey. The city council election is scheduled for Feb. 8. If none of the candidates receive at least 50% of the vote, a general election will take place on April 5.

The Midwest City woman has served on the city council since 2018. She won the seat after running unopposed in an open race.
Bowen says she is focused on economic development, improving social services, and diversity and inclusion.

She believes the city must provide support for mental health and people who are homeless.

“Mental health is a big issue, especially with COVID, and we need to look for ways to provide assistance,” she said. “And the police department put in place a program to work with homeless people, but we don’t have shelters in Midwest City. We need to find a way to get them out of the hot or cold and make sure they’re getting any medications they need.”

Bowen is working to create the unity and diversity on race relations committee in Midwest City. She said the group is coming together slowly due to COVID-19 and hopes to have more applicants in the coming months.

She also wants to see more economic development in Ward 3 and the north side of the city. She said the city must also continue to hold developers accountable for issues such as storm water drainage on new projects.

During the past four years, Bowen said she’s most proud of passing the general obligation bond issue in 2018. The effort is providing support for the new animal shelter, parks, streets, water system and upgrades for police and fire departments among others.

Bowen has been involved in her community for much of her adult life. Before being elected to city council, she served as president of the Omni Neighborhood Association for several years and helped build a neighborhood park in 1998. Bowen has been active in several other community and civic groups including the SE 29th Street redevelopment committee and most recently the Citizen’s Advisory Board in Midwest City.

The city councilwoman was born in Crockett, Texas and her family moved back to Oklahoma in 1963. She lived in Midwest City for much of her adult life and moved to her current home in Ward 3 in 1990. She had two children. One of her daughters serves in the U.S. Air Force Reserve at Tinker Air Force Base. Her other daughter died of breast cancer in 2016.
Bowen has worked for the State Health Department for more than 24 years.

She currently serves as director of health resources development service. Her position provides oversight over several programs such as licensure, registry and quality of long-term nursing, county jails and others. 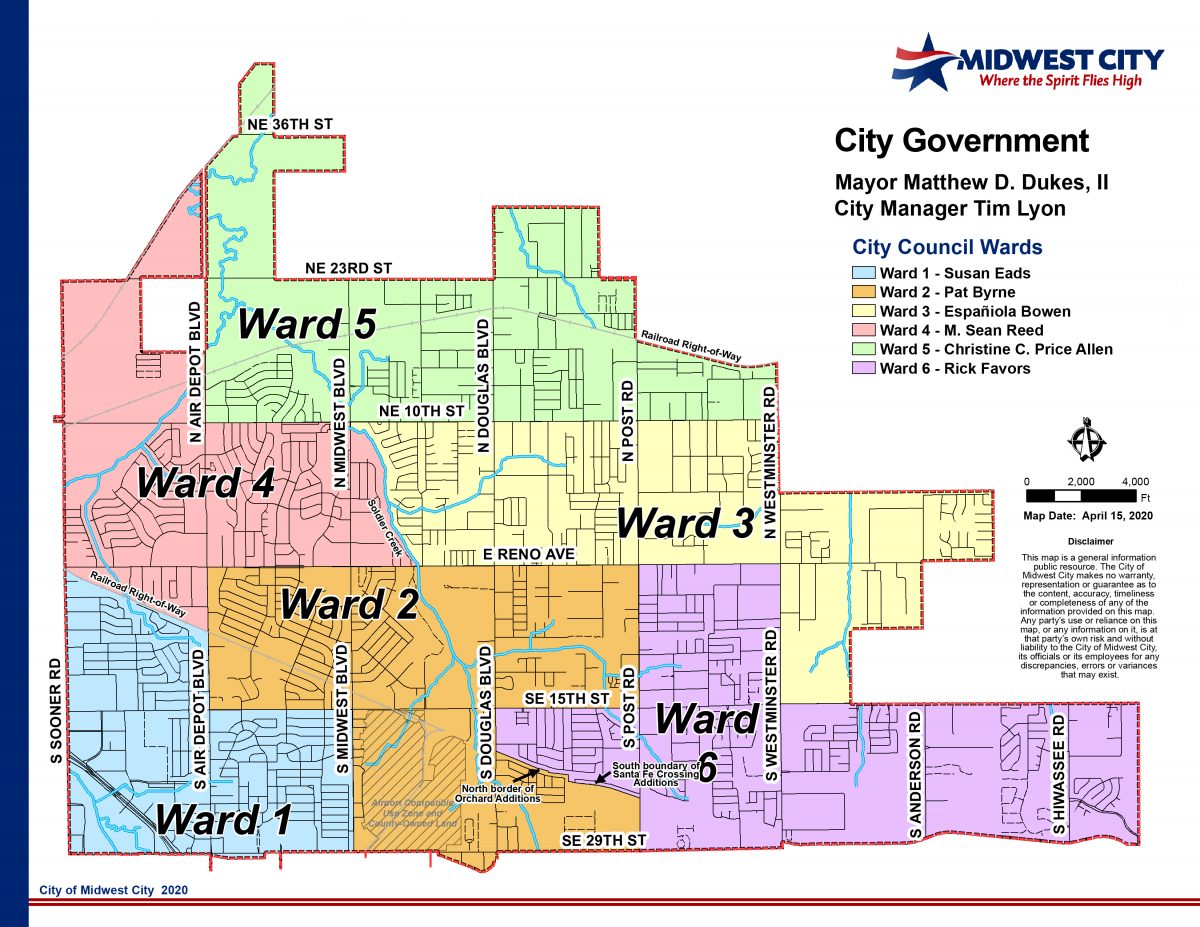 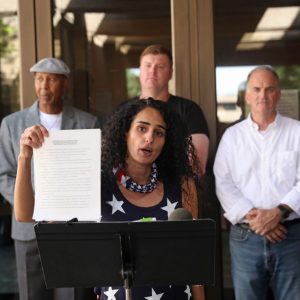