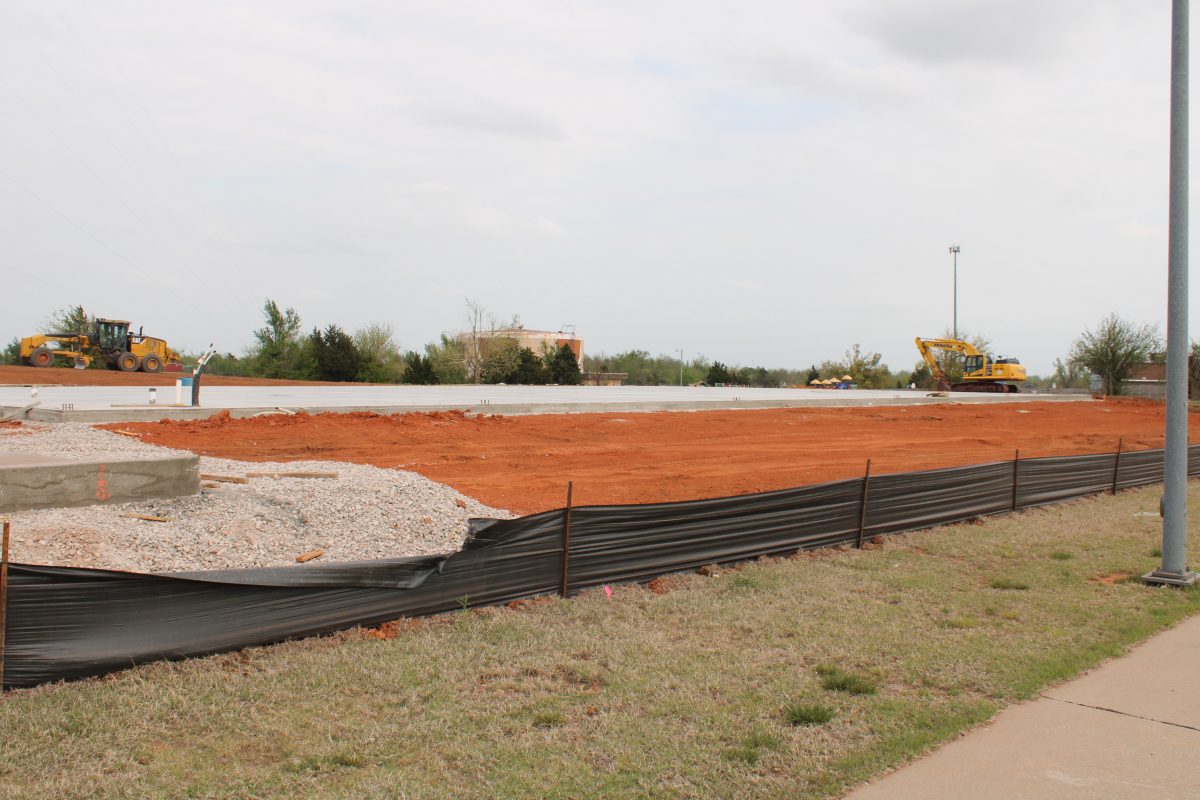 Construction is being prepared around Mustang.

A new housing development is in progress just south of the train tracks on Mustang Road.

In the latest Mustang City Manager Report (April 1), the development on the corner of S. Mustang Road and SW. 89th Street had an update for the public to access. Gabe’s Crossing Addition will contain 27 residential lots and one commercial parcel on the north side.

The report indicates all infrastructure is completed and the staff is waiting for test results and the bond submittal as of April 1.

Mustang’s Director of Planning, Melissa Helsel, said the PUD took longer than usual to get going due to the railroad approval the development had to acquire. The developers needed the approval to put water lines into the railroad easement.

Helsel said she didn’t think the market for houses is getting busier than normal as much as it is just staying the same.

“Mustang has been pretty steady,” Helsel said. “I mean, I got here in 2002 and it was extremely busy, and it stayed steady until about 2008 when all the markets seemed to crash. And then 2012 it picked back up and it’s been pretty steady since then.”

The planning commission standards for new developments changes depending on the development type. For single-family residence properties, the Planning Commission uses the International Residential Code.

Commercial structures are different. They Planning Commission uses the International Building Code. Helsel said the code is available to everyone in the country, but not all municipalities have to adopt it.

These codes are usually updated every three years. In Oklahoma, that goes through The Oklahoma Uniform Building Code Commission. That group is funded through permit fees and they determine when the state will transition to the new code.

Helsel said Mustang usually updates their codes when the state does, but indicated that it isn’t always the case where that happens. Those updates have to go through the City Council for approval before they are in effect.

“We have a comprehensive plan for Mustang, and that also kind of guides the decision making when it comes to zoning and development,” Helsel said. “We have kind of a plan that shows what we foresee for the future here.”

The speed Mustang is growing impacts these plans, and can even require a new plan to be made to adapt to the city’s rapid growth. Helsel also said the city had done a whole new plan a couple of years ago.

“You can’t adapt the old one for too long if the city’s changing enough,” Helsel said.

Planned Unit Developments are discussed prior to action being taken at the Mustang City Council and Planning Commission meetings.

City Council meetings take place in the Council Chambers. They meet at 7 p.m. on the first Tuesday of the month in the Mustang Municipal Building at 1501 N. Mustang Road. Meetings are also broadcast on Cox Cable channel 20.

The Planning Commission meets on the second Tuesday of the month in the Council Chambers in City Hall. That is located at 1501 N. Mustang Road.