ODOT plans to resurface I-40 in advance of Douglas Blvd. interchange project

More roadwork is on tap for Interstate 40 in Midwest City.

Oklahoma Department of Transportation announced plans to resurface I-40 from west of Hudiburg Dr. to east of Douglas Blvd. The $4 million project was awarded to Silver Star Construction at the

June 6 meeting of the Oklahoma Department of Transportation Commission.

The project is designed to extend the life of the pavement until work begins on the new I-40 and Douglas Blvd. interchange. The interchange project includes reconstruction of the existing interchange, widening five miles of I-40 between Douglas and I-240, vertical clearance improvements for the Anderson and Westminster road bridges and demolition of the Engle Rd. bridge.

ODOT officials also announced plans for bridge deck repairs on the I-40 bridge over Sunnylane Rd. The bridge has received additional wear and tear due to lane shifts with the ongoing work on I-40. Crews have patched potholes and repaired pavement, but a more permanent fix is needed, said Lisa Salim, ODOT spokesperson.

“We would call this a heavy maintenance project and it could last for up to a month, depending on conditions,” Salim said. “That should give drivers an improved surface until a full reconstruction of Sunnylane occurs.”

Manhattan Road and Bridge Company, the contractor for the current I-40 bridge project, will oversee the Sunnylane bridge repairs. They are expected to begin the repairs this summer after the new westbound lanes are completed and traffic is shifted over. 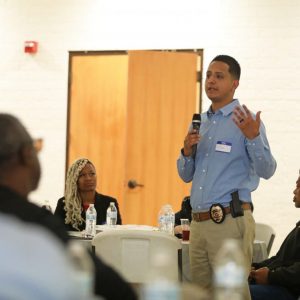