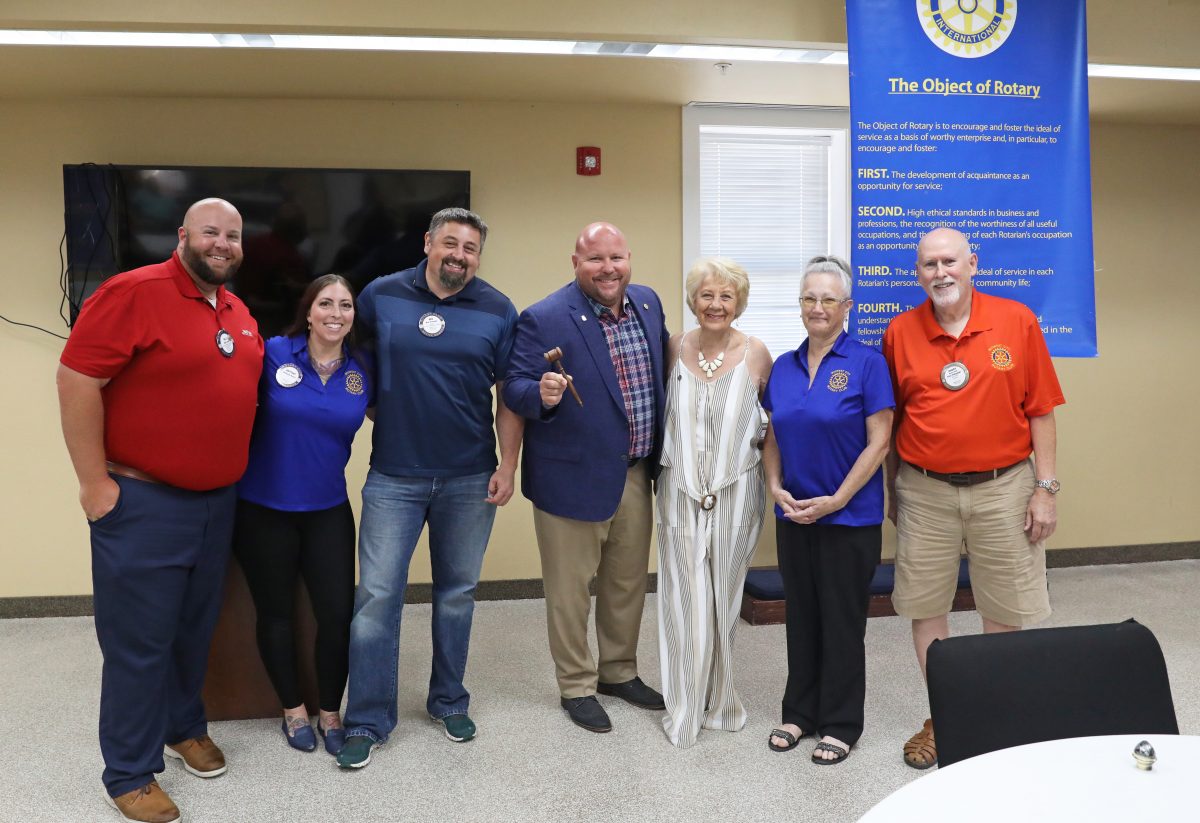 The Midwest City Rotary Club has a new leader.

Shane Willard was installed as the new president on June 27 during the club’s weekly meeting at Wickline United Methodist Church. Willard will lead the club for its 2022-23 year, taking the gavel from outgoing president Austin Fisher.

“These are big shoes to fill,” Willard said. “A lot of you guys don’t realize what goes on behind the scenes in this club. I became a Rotarian in 2015 and didn’t realize until this year what I was getting into.”
Willard thanked the team of Rotarians for their support, especially Fisher during the past year.

“Austin has done a lot more on his own than you guys know, I promise you that,” Willard said.

Fisher took a moment to thank the Rotarians for allowing him to lead the club this past year. His initial focus when he took over as president last year was restart some of the social activities and engagement that had been dormant during the pandemic.

“This club has done a lot. We did not one, but two major shrimp boils, we did two [Oklahoma City Memorial] Marathons, we got the dictionaries handed out and a wide variety of smaller projects that the club and our extended team with Midwest City High School Interact and Carl Albert High School Junior Rotarians did,” Fisher said. “So, we got a lot done. I appreciate that and I thank you for giving me the honor to serve in that capacity.” 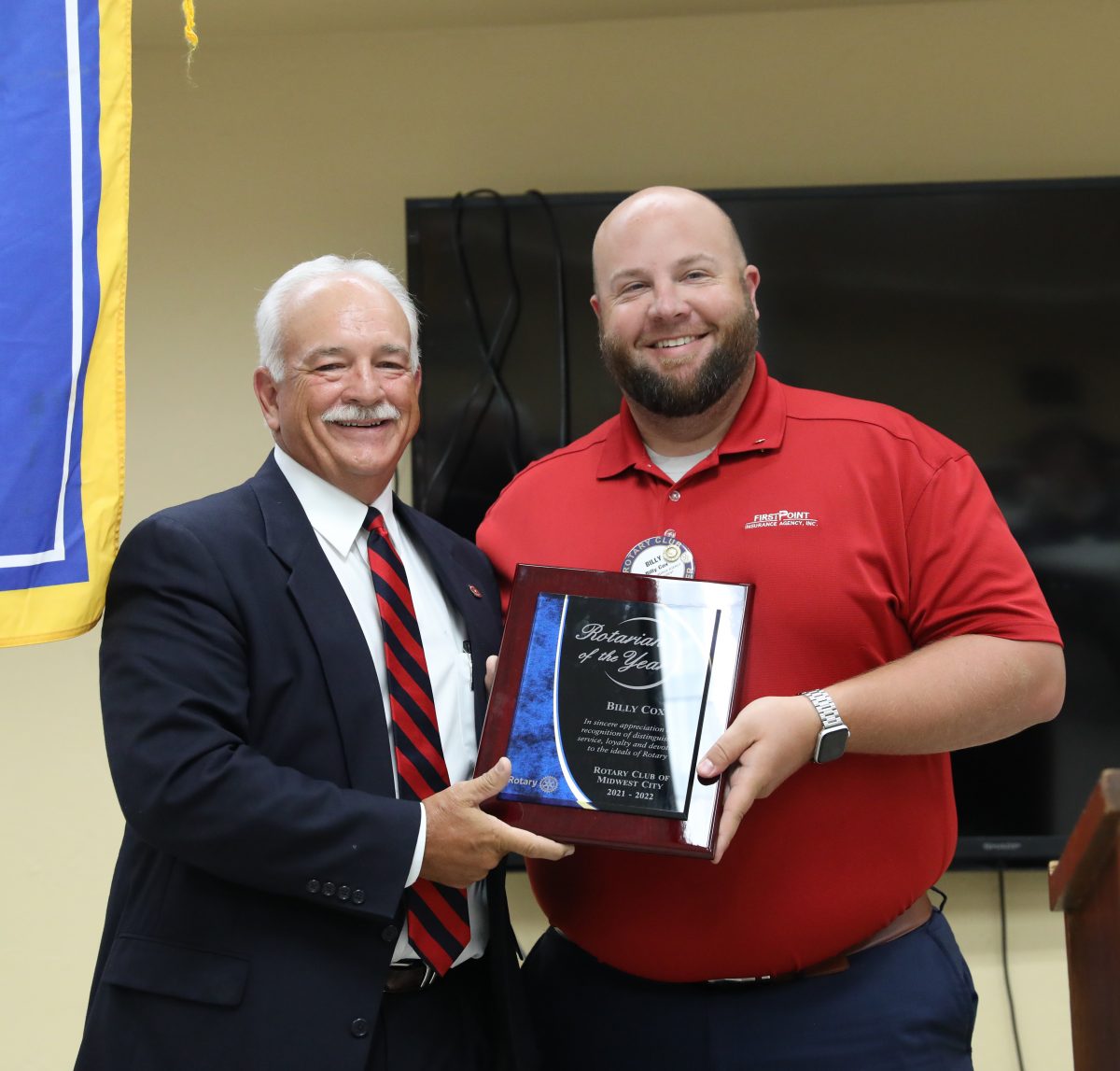 Austin Fisher (Left) presents Billy Cox with the Rotarian of the Year Award June 27 during a meeting at Wickline United Methodist Church. Photo by Jeff Harrison 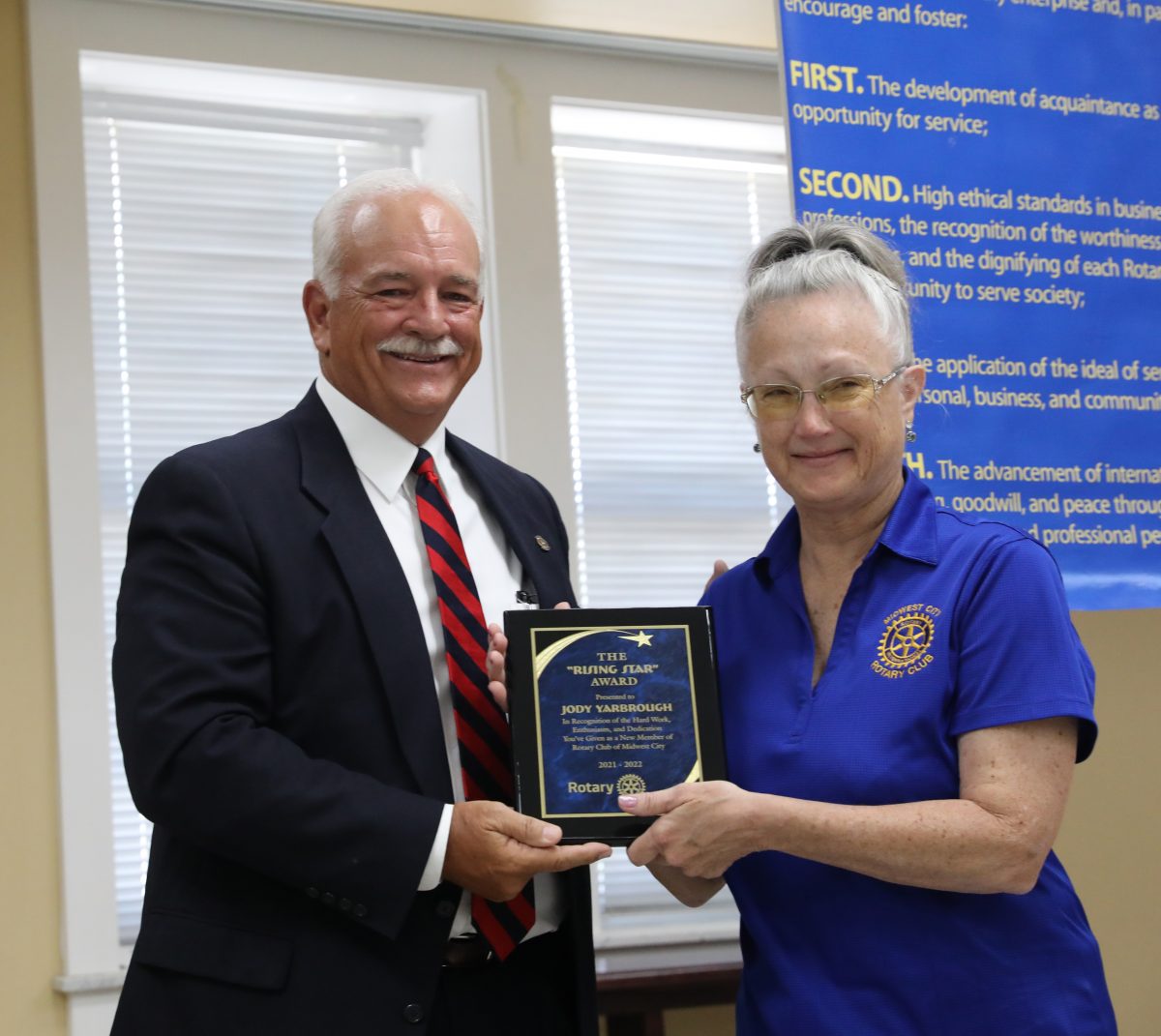