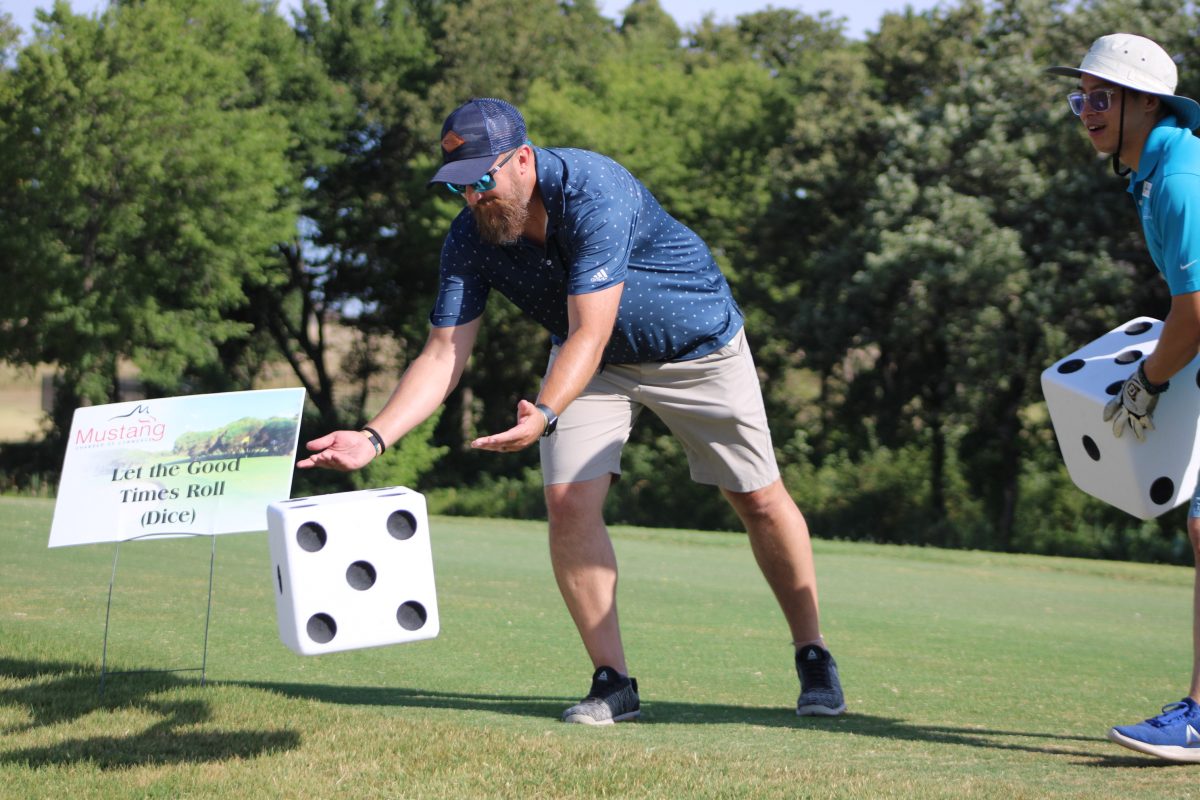 Chamber members participated in Chamber sponsored games at different points in the course. Pictured is the dice game which determined the flag participants would attempt to get closest to in a one-off shot. (Photos by Jacob Sturm)

The annual Crout Classic Fundraising Golf Tournament provided the Mustang Chamber with an opportunity to raise funds, and offered up fun activities for members during their time at the Winter Creek Golf Course and Country Club in Blanchard.

Fundraising during the tournament came in the forms of sponsored holes, team applications and even deals for better scores on particular holes through donations.

Support and competition spread throughout the course as teams worked together to achieve the best score they could muster with a goal of finishing first, second and third when the final scores were calculated at the end of the event.

Kathy Crout, the founder of the event, awarded winners with trophies at the end of the ceremony.

“My husband loved to play golf,” Crout said. “He played golf on the OU Golf Team. He loved the Chamber… We started out with just a little tournament at Pebble Creek (another course the Crout’s created) and then it grew and grew and grew every year.”

That meant eventually changing courses to one that can support more people. Pebble Creek served as a nine-hole course whereas other courses the tournament has been held have been larger.

Winter Creek is an 18-hole course that supported as many as 27 teams during the tournament simultaneously.

Crout’s husband died in 2019, and that meant another person would take over the tournament. Crout said the fundraisers has continued to grow since those events happened.

The Chamber also decided to change the name of the tournament after Crout’s husband died.

“It’s a wonderful tribute,” Crout said. “We’re so thankful and appreciative that they would honor him that way.”

Funding from the tournament will go toward scholarships for Mustang students.

The tournament began at 9 a.m. in the form of a shotgun start. That meant teams started at different holes and played the course all the way through.

At the end, the team representing Lightning Communications finished with a 46, beating out the City of Mustang and the Green Family Chiro team by one shot.

In the end, the fundraising for a good cause is what mattered, and a look at the turnout would indicate success for all groups who competed. 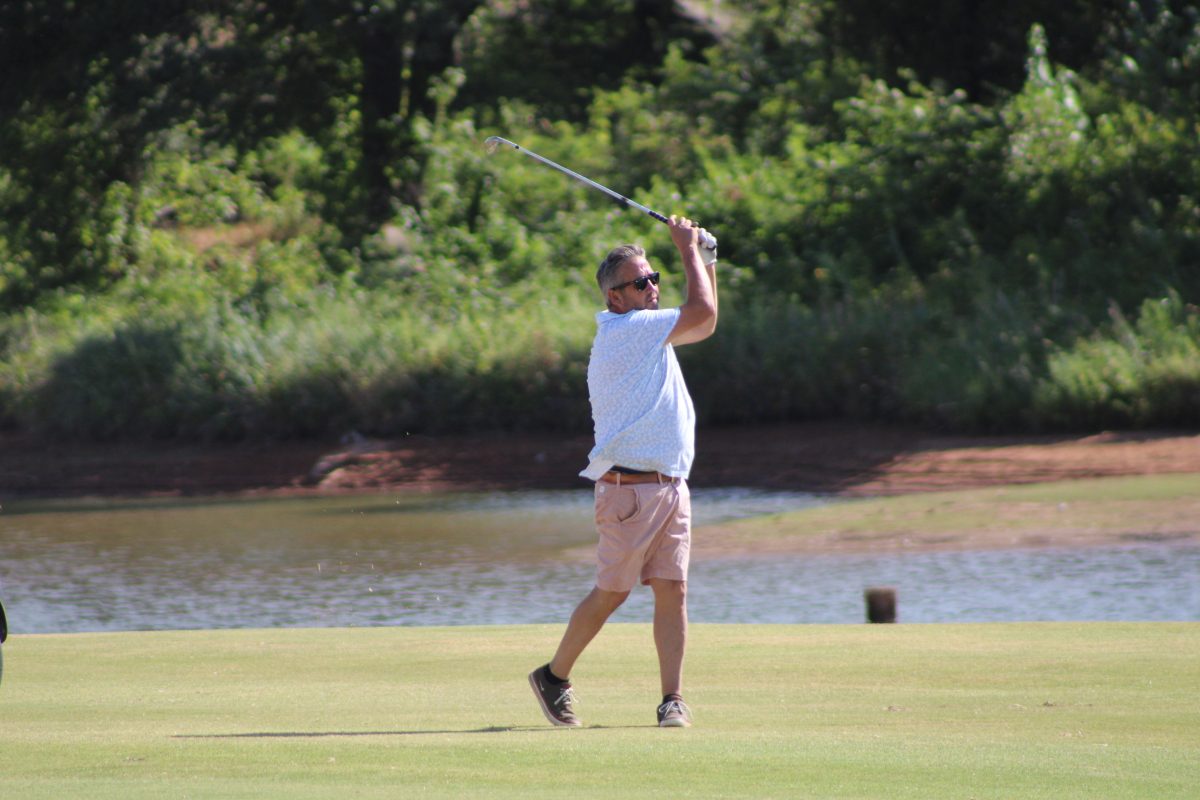 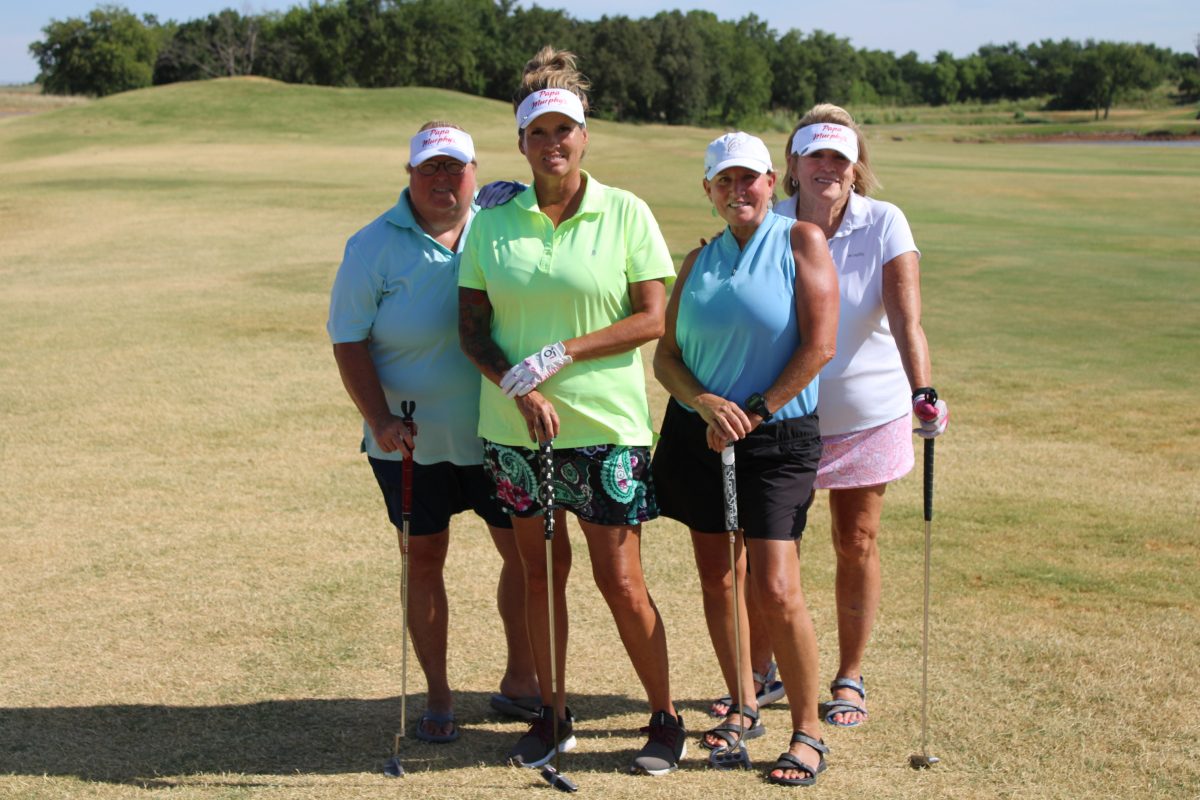 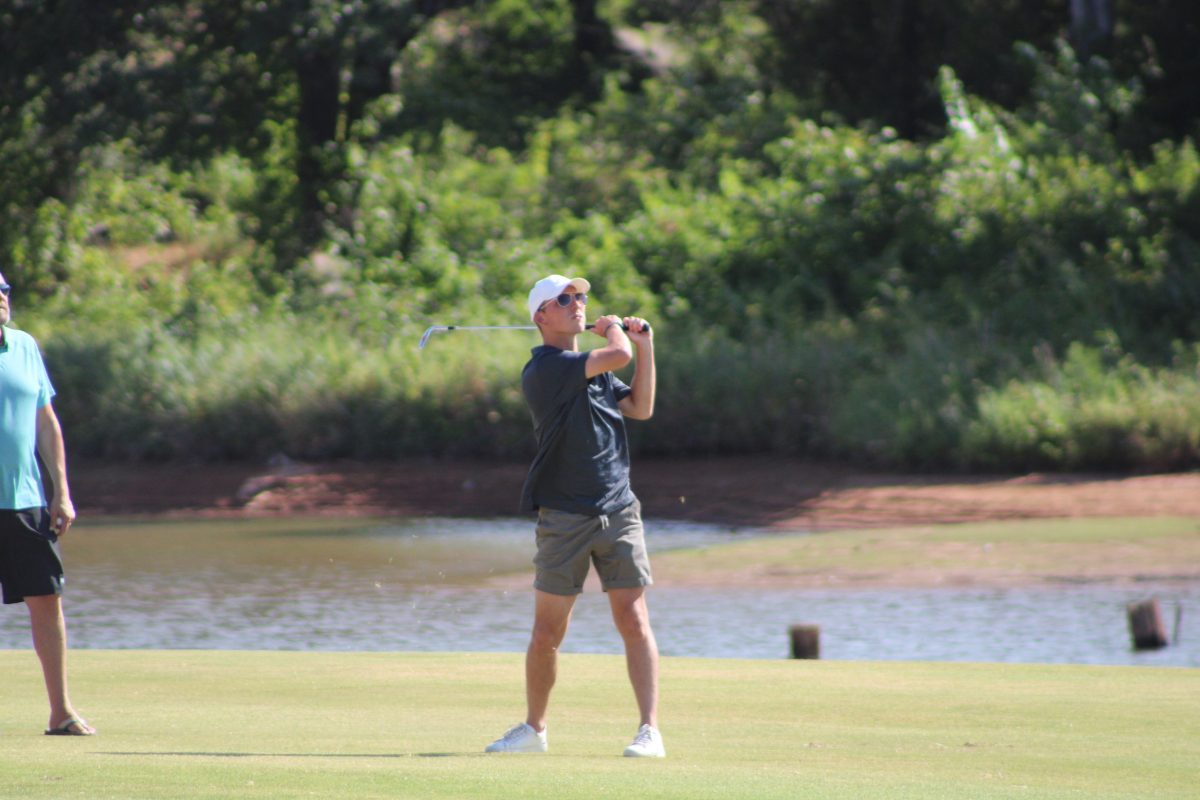