The Choctaw Area Chamber of Commerce has hired Kaleb Combs as their new President/CEO.

Combs, a native of Jones, graduated from Jones High School in 2013.

In December of 2021 he completed a history degree at the University of Central Oklahoma, and a few months later he entered the chamber world landing a position with the Ponca City Chamber of Commerce. 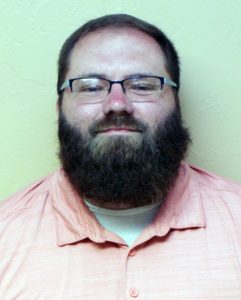 He was tasked with recruiting and retaining new chamber members in Ponca City from April 2021 until January of this year.

“I was the liaison between the chamber and all of its members, which is five times the size of this chamber. It’s a little weird going from a staff of four to here where it’s just me. The membership is smaller, but there’s still a lot of things that have to get done,” said Combs.

“I had some stuff I wanted to do right off of the bat, but that’s on the back burner now since the upcoming golf tournament is the priority.”

The annual golf tourney is a primary fundraiser for the chamber alongside the annual auction and clay shooting competition.

This year’s golf tournament is set for Aug. 26. Sponsorships and teams are still being accepted.
“I’m trying to drive up participation. I see four main things the chamber currently does, and three of those are fundraisers for the chamber,” said Combs.

He says he’d like to add more social and informational gatherings for chamber members in addition to the ongoing early morning coffee and contacts networking events.

“Being in the know about what your community and other businesses have going on is really beneficial. I want to bring some more networking, lunch and learn type events and more benefits for chamber members,” he explained. “I’d like to rotate between coffee and contacts and cocktails and contacts in order to reach more people.”

He says he hopes to add value to current and potential chamber members and increase participation from members of the Choctaw, Nicoma Park and Jones area communities.

“I enjoy being back home. I’m from Jones, but haven’t been active in Jones since graduating high school,” said Combs.
Chamber Chair Debbie Kuykendall, with BancFirst, has accepted a promotion at another bank location and will be leaving eastern Oklahoma County before her term is complete. She stepped down as chair of the chamber last week. As a result, the chair-elect, Theresa Canup with RE/MAX Cobblestone, will step up early to help the transition process.

“This board is the most helpful I’ve seen in a chamber,” said Combs.

The chamber is a nonprofit voluntary organization that works to unite the efforts of business and professional people to improve the economy and build a better community.