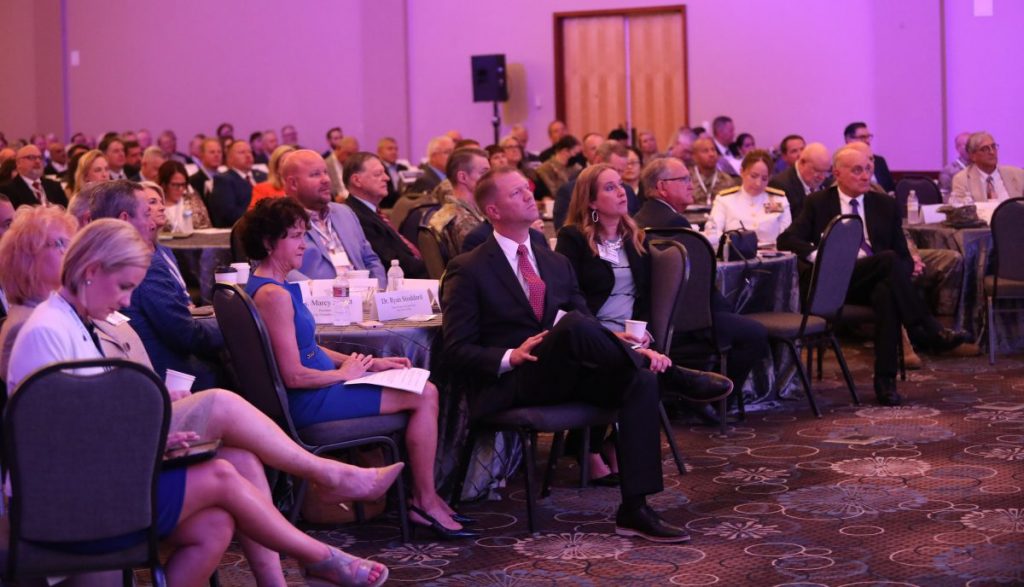 Guests listen to speakers at Tinker and the Primes on Aug. 9. Photo by Jeff Harrison

Midwest City was again the hub for the aerospace and defense technology industry last week as the city hosted its 16th annual Tinker and Primes business conference.

Companies from more than 40 states and five foreign countries attended the three-day event at the Reed Conference Center on Aug. 9-11. The Midwest City Chamber of Commerce hosted the conference as a way for aerospace and defense technology businesses to meet with Department of Defense, Tinker Air Force Base and other contracting agencies.

A total of 1,283 people attended Tinker and the Primes this year. The event typically draws about 1,000 attendees.

Gov. Kevin Stitt kicked off the conference on Tuesday morning. He promoted Oklahoma as business-friendly state and is becoming an aerospace hub, particularly for maintenance, repair and overhaul. Tinker Air Force Base is home to the largest military MRO facility in the world and American Airlines Maintenance Base in Tulsa is the largest commercial MRO facility in the country.

“People are waking up to the pro business, pro freedom policies of our state,” Stitt said. “The environment that we are setting is encouraging more and more companies to move to the state.”
During a recent trip to the Farnborough Airshow in the U.K., Stitt said he saw many of the largest aerospace companies in the world – many who either have a presence in Oklahoma or are planning to relocate to the state.

“If you’re looking for a presence in the U.S., this is the right spot,” he said.

Along with the growth in business, Stitt said the state needs to ramp up its education system to ensure it has a well-trained workforce.

“I tell companies and those in higher education that we need to align our education system with the jobs and the needs of companies,” he said. “Let’s dictate the programs and curriculum based on what they need.”

He said many of the colleges and universities including the University of Oklahoma, University of Tulsa and Rose State College are taking a lead in this area.

Stitt finally highlighted work of the state legislature to provide a friendly climate for those in the military. He said they passed separate pieces of legislation that reduce educational costs for National Guard members, and reduce taxes for military retirees.

Congressman Tom Cole spoke later that morning. He touched on world issues, happenings in Washington D.C., and in the state. He said the strength of the military and support system is vitally important to keeping the peace around the globe.

“We’re in a critical time. And the health of these institutions is enormously important to us economically, but much more profoundly important for the security of the country,” he said.

He expects the federal government will increase funding for the military again this year. He said they must be careful in replacing some of the legacy aircrafts and legacy system.

“There is no question that we need to get out of those old airplanes and into something very new, I just worry that we do it too rapidly and then we won’t have the capability that we need,” he said.

The conference included sessions and speaker on a variety of topics including: industry updates, how to do business with the Department of Defense, networking and interaction with DoD decision-makers, supplier search interviews with USAF Supply Chain and industry leaders.

In addition, Tuesday, Aug.9, the conference commemorated the 75th anniversary of the U.S. Air Force’s birthday, along with the 80th anniversary of Tinker Air Force Base and Midwest City during an evening VIP reception.

The Midwest City Chamber of Commerce produces Tinker and the Primes in collaboration with Tinker Air Force Base, the City of Midwest City and other industry partners. Northrop Grumman served as the title sponsor of the event with prime contractors such as The Boeing Company, Field Aerospace, Heico, MOOG Inc., Global Turbine Services, Parker, MTU Maintenance, Robbins-Gioia, StandardAero, and Schaller Group supporting the event with premier sponsorships. 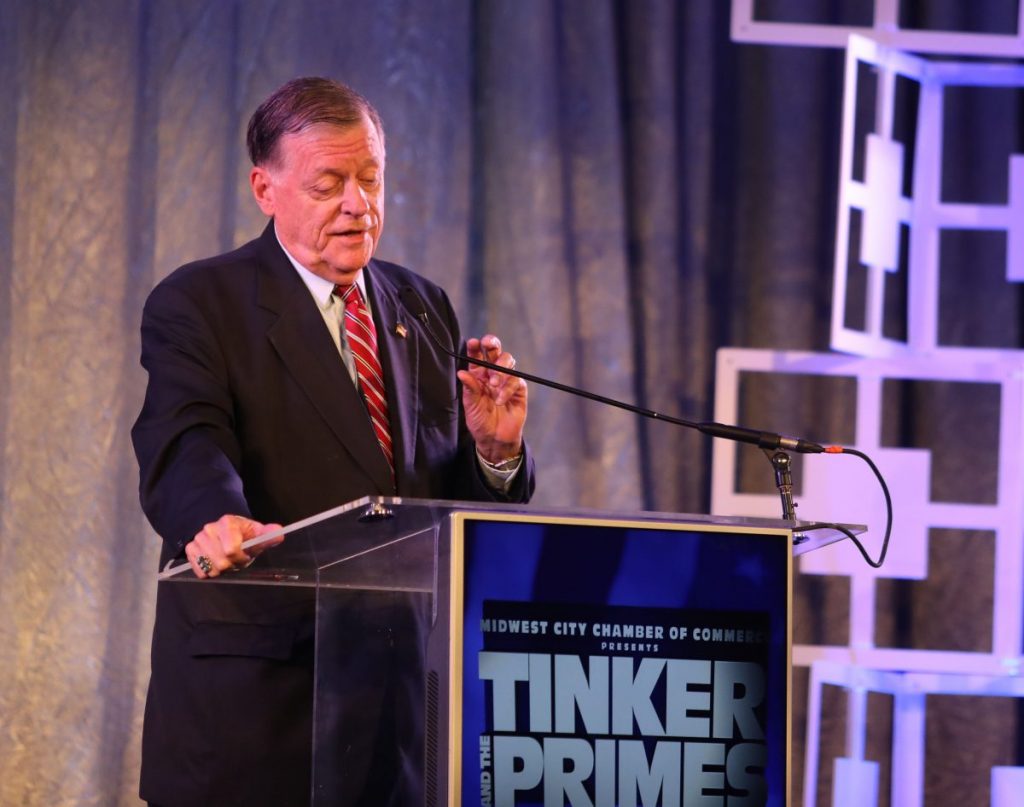 Congressman Tom Cole was among the guest speakers at Tinker and Primes. Photo by Jeff Harrison 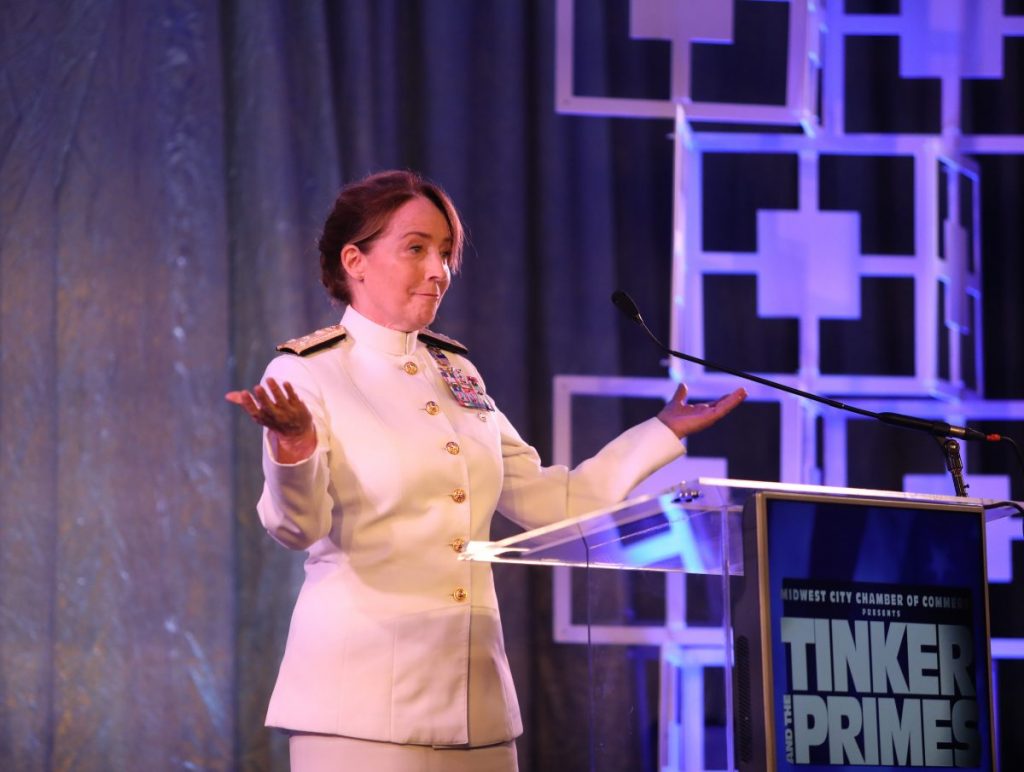 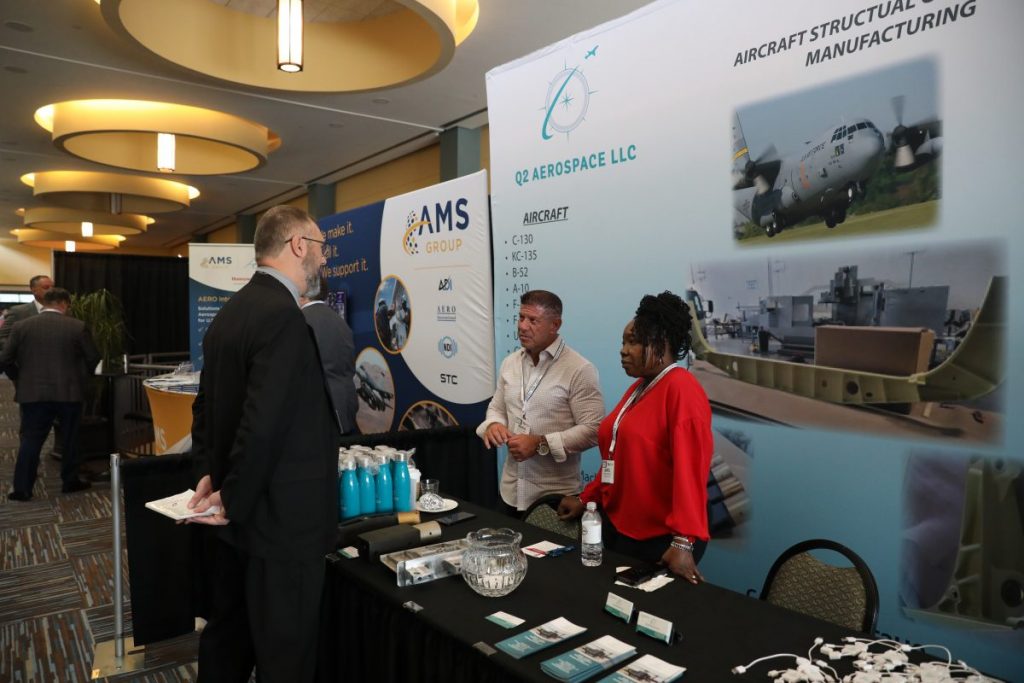 A guest at the Tinker and the Primes conference visits the Q2 Aerospace LLC booth Aug. 9 at the Reed Conference Center in Midwest City. Photo by Jeff Harrison 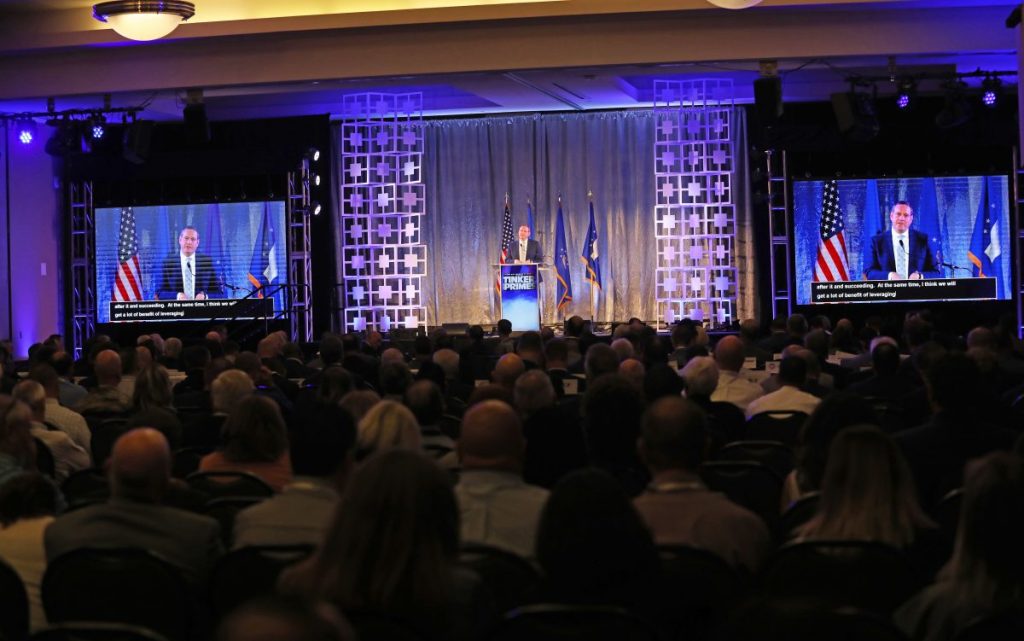 Andrew Hunter, assistant secretary of the Air Force of Acquisitions speaks Aug. 9 during Tinker the Primes. Photo by Jeff Harrison 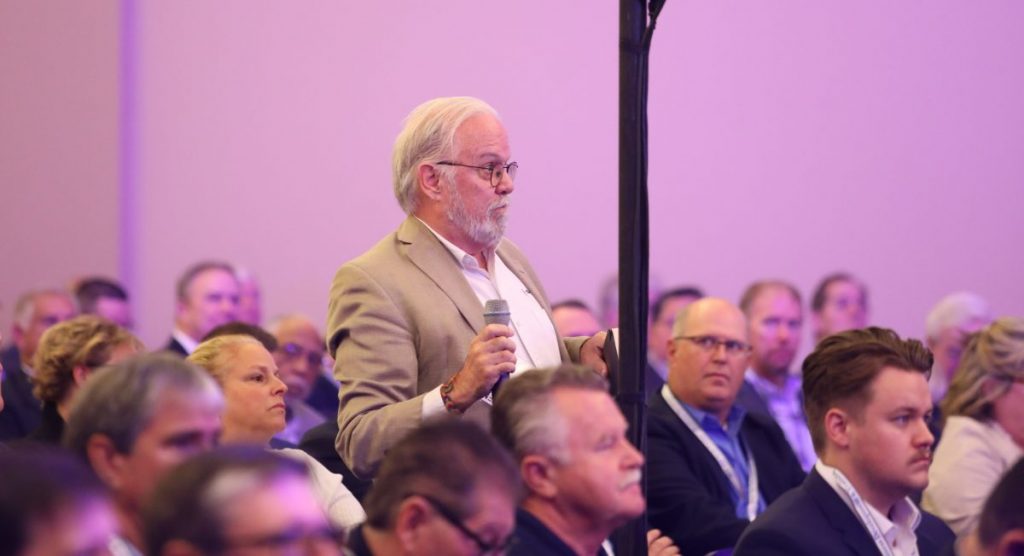 An attendee asks a question during Tinker and the Primes. Photo by Jeff Harrison 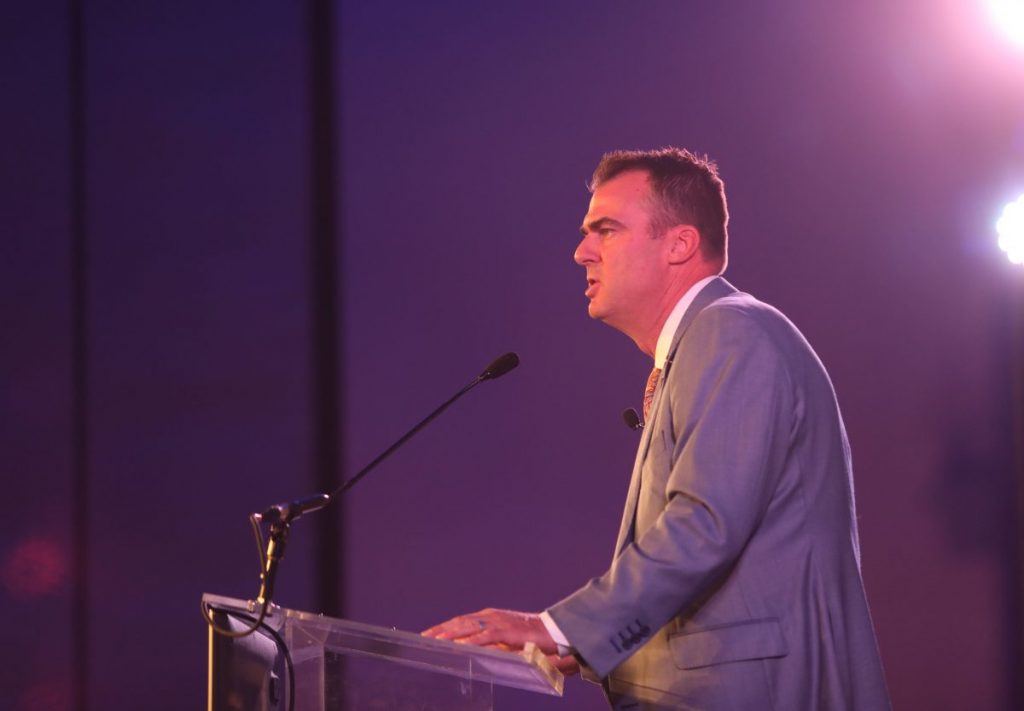 Gov. Kevin Stitt speaks during the Tinker and the Primes conference Aug. 9 at the Reed Conference Center. Photo by Jeff Harrison