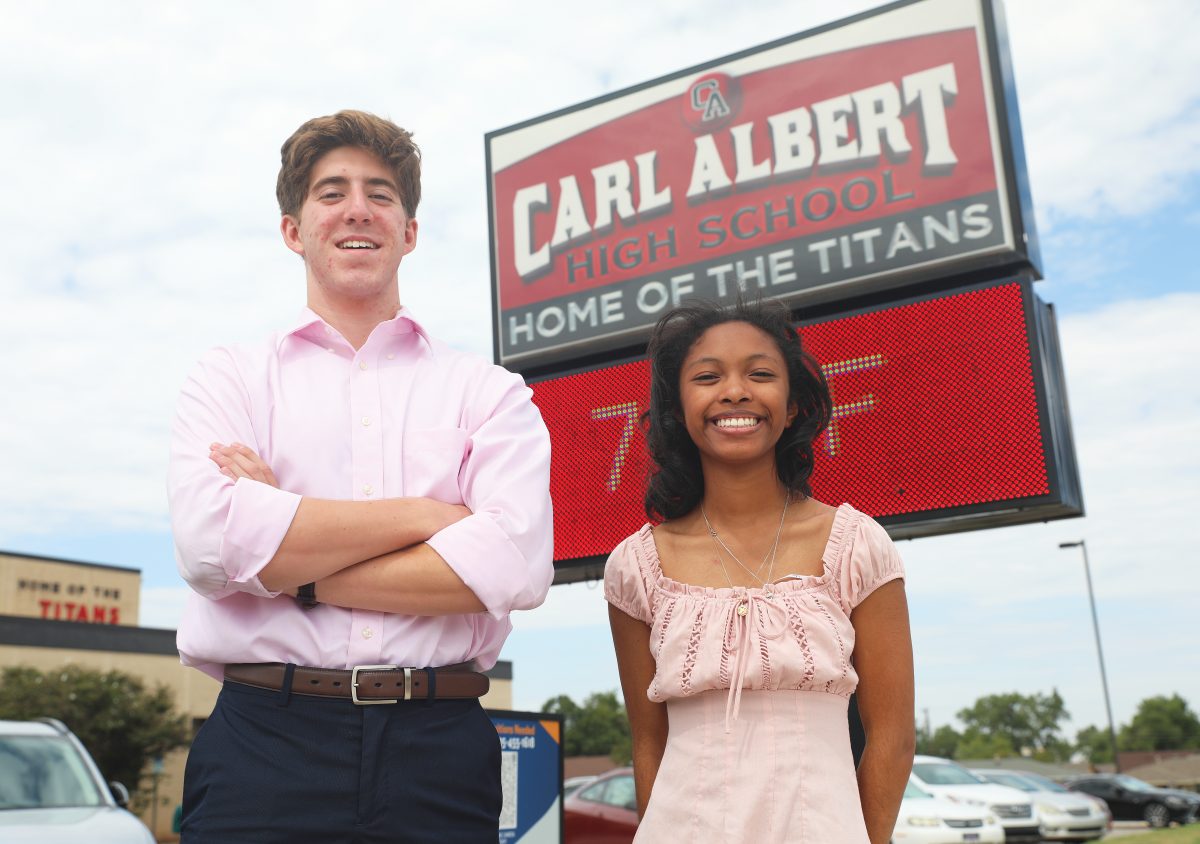 Maya Joseph and Matthew King were among the semifinalists. Both are seniors at Carl Albert.

Joseph and King both took the PSAT in October 2021.

To become a finalist, the semifinalists must submit a detailed scholarship application, providing information about the student’s academic record, participation in school and community events, demonstrated leadership, employment and honors and awards received.

More than 15,000 semifinalists are expected to advance to finalists. The finalists will be announced in February.

Both students were encouraged by their PSAT scores.

Joseph said she was familiar with the scholarship program. Several of her cousins were National Merit Scholarship finalists.

King said he believed he did well on the PSAT but did not have the National Merit Scholarship program on his mind.

“I didn’t really think I had a chance to be a National Merit Scholar, I just realized I did a little better than my friends,” King said. “Then I checked the index scores, and I thought I would make it.”
They received confirmation last week.

Joseph said she wants to study anthropology. She is looking at several schools including the University of Oklahoma. She also took college visits to UCLA and Smith College in Massachusetts.

King is undecided about his course of study but says he’s leaning towards a STEM field. He’s considering the University of Oklahoma as well as MIT and Notre Dame.

Joseph is involved in music. She plays cello in the Oklahoma Youth Orchestra and high school orchestra. She is also a member of the academic team and president of Key Club.

King shares a love of music and serves as drum major in high school marching band. He also performs in the concert and jazz bands – playing saxophone and piano. King plays on the varsity soccer team. He was also involved in Boy Scouts.