Almost two-thirds of Oklahoma voters approved using the death penalty when it was voted on in 2016, far too few in my opinion.

Oklahoma currently has 43 inmates on death row. Between August 2022 and December 2024, Oklahoma had 25 inmates scheduled for lethal injections. All of the inmates have been convicted of First Degree Murder, also known as Murder 1.

According to Cornell Law School, “First degree murder is the intentional killing of another person by someone who has acted willfully, deliberately, or with planning.”

The most recent of the executions was Benjamin Cole, executed Thursday, Oct. 20.

In CNN’s coverage of the execution, on their website, they start by pointing to the objections of his defense attorneys for putting a man to death who, “slipped into a world of delusion and darkness, often unable to interact…”

It may be true that Cole suffered from some degree of mental illness. It, however, is certain that he was convicted of Murder 1 for killing his nine-month-old daughter. There are few better reasons to kill someone in my opinion, regardless of how insane they can pretend to be.

I believe wholeheartedly in the death penalty, as a deterrent. I think there would be fewer murders if people knew they would be killed for committing them. Obviously, manslaughter and self-defense are something else. I’m sure everyone’s thought of what they might be capable of if they had to protect themselves or their family, but being forced to kill someone is not the same as choosing to kill someone who did nothing to deserve it.

I believe our society is softened by the success of our ancestors. Because so very few of us have to forage daily for food, die from simple infections, or strive for bare essentials, our society lives in a world where reality can often seem mean.

When you see a dead deer next to a smiling hunter, it’s easier for some people to look at him as a mean man than it is for them to think of how long he planned, how early he got up, and how precise he had to be to get that deer, not to mention the intelligence he has that most don’t in what it takes to strip it, store it, and prepare it appropriately. The mean man frame of mind also ignores how

that animal would have otherwise died, likely being devoured while it was alive or freezing to death. Wildlife conservation is looked after by hunters far more, with time and money, than it is the people who complain about how ethically an animal is treated.

Unfortunately, when it comes to animals like Benjamin Cole, our softened society often stands in between them and justice. The Oklahoma Pardon and Parole Board voted 4-1 in favor of the execution, meaning that one person thought he did not deserve to die. That person knew Cole bent his baby girl Brianna backwards until her spine broke and her aorta tore, because she was crying while he was playing video games.

Another of the upcoming executions scheduled is for Scott Eizember, a man who went on a murderous rampage in Depew, Oklahoma on October 18, 2003, because his girlfriend Kathy broke up with him. 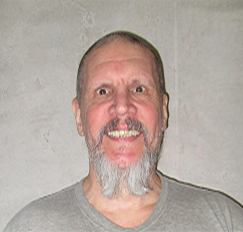 Eizember killed an elderly couple, Patsy and AJ Cantrell, with their own gun while he was using their home to spy on Kathy’s family, which lived across the street. He shot Patsy with the .410 shotgun and then bludgeoned AJ with it.

Immediately after killing the Cantrells, Eizember went across the street where Kathy’s 16-year-old son Tyler was spending Saturday morning with his grandmother. Eizember entered the home, shot Tyler in the back with the shotgun, temporarily paralyzing him, and proceeded to beat Kathy’s elderly mother with it until she was unconscious. Tyler, regaining his movement, made a break outside for a pickup truck to go get help. Eizember spotted Tyler leaving, and jumped in the back of the pickup as the teenager was taking off. Tyler swerved side-to-side as he drove, complicating the reloading process for Eizember. Eizember did eventually get the gun reloaded and shot Tyler again. The shotgun blast was into the headrest, but Tyler dodged just in time, taking the second shot in the right shoulder. Tyler then picked up speed and drove into a telephone pole near a football field where a large group was gathered. Tyler survived, but lives with shotgun pellets in his heart.

Eizember ran from the scene, was a fugitive for 37 days, in which time he kidnapped a couple. The husband shot him in the chest three times with a .22 caliber pistol, but Eizember was still able to overpower the man. Eizember aimed at the man’s wife, pulled the trigger, but the gun didn’t fire, so he settled for beating them both with his gun and then taking their car. Eizember was eventually captured during a routine traffic stop in Texas and extradited to Oklahoma.

He now lives in McAlester, Oklahoma on Oklahoma State Penitentiary’s Death Row, where he is scheduled to be executed January 12, 2023. The Pardon and Parole Board will hear his case Wednesday, December 7 at 9 a.m. at the web address oklahomadoc.zoom.us/j/1605256917.

For a story about domestic violence, I spoke Tuesday, October 18, 19 years to the day, with Lindsey Barnett, the granddaughter of AJ and Patsy. Barnett was more interested in highlighting domestic violence victims than Eizember. She put together an event in Union City to highlight Domestic Violence Awareness Month. She did, however, refer to the execution of Eizember as “justice.”

Oklahoma Attorney General John O’Connor shared his thoughts on the death penalty via email Monday, October 24, saying “The family of each murder victim suffers unspeakable pain when their loved one is murdered. Those wounds are torn open many times during the following decades, as the investigations, trials, appeals, and pardon and parole board hearings occur. Each stage brings torment and yet a desire for justice for the heinous treatment of their family member. The family feels that the suffering and loss of life of the victim and their own pain are forgotten when the murderer is portrayed in the media as a sympathetic character. The family knows that the execution of the murderer cannot bring their loved one back. They suspect it will not bring them ‘closure’ or ‘finality’ or ‘peace,’ but there is justice and perhaps an end to the ongoing wounding by ‘the murderer and then the system.’

“As Brian Howell, brother of murder victim Paul Howell, shared with our office, ‘Unless you are a family member of a murder victim or have worked closely with victims’ families, I don’t think you can fully understand what a difficult, emotional, and gut-wrenching experience it is to revisit those memories years or even decades after the crime.’

“Oklahomans overwhelmingly favor capital punishment. In 2016, nearly two-thirds of the electorate voted to amend the state constitution to guarantee the state’s power to impose capital punishment. My office believes in justice for victims and their loved ones, and in capital punishment as appropriate for those who commit the most heinous murders. It is an oft-quoted claim of death penalty opponents that there is no evidence capital punishment deters murder. This is simply not correct, no matter how many times it is repeated. We know it removes one murderer from society. Murders can be arranged from within prisons. Further, these claims often rest on a straight comparison of the murder rate between capital and non-capital states, but such comparisons do not account for the many other factors that affect crime rates. In fact, when these variables are properly controlled, studies establish, as the late United States Supreme Court Justice Antonin Scalia recognized, that each state execution deters an average of between 14 and 18 murders in that state. Glossip v. Gross, 576 U.S. 863, 897 (2015) (Scalia, J., concurring).

“Although I respect the opinions of death penalty opponents, I disagree with their position and believe firmly that capital punishment is proportional as a criminal sanction, effective as a deterrent, and absolutely necessary to achieve justice for the families and loved ones of the victims. My office remains committed to Oklahomans who have waited decades for justice after suffering unthinkable loss and pain. For them, capital punishment is not an abstract debate.”