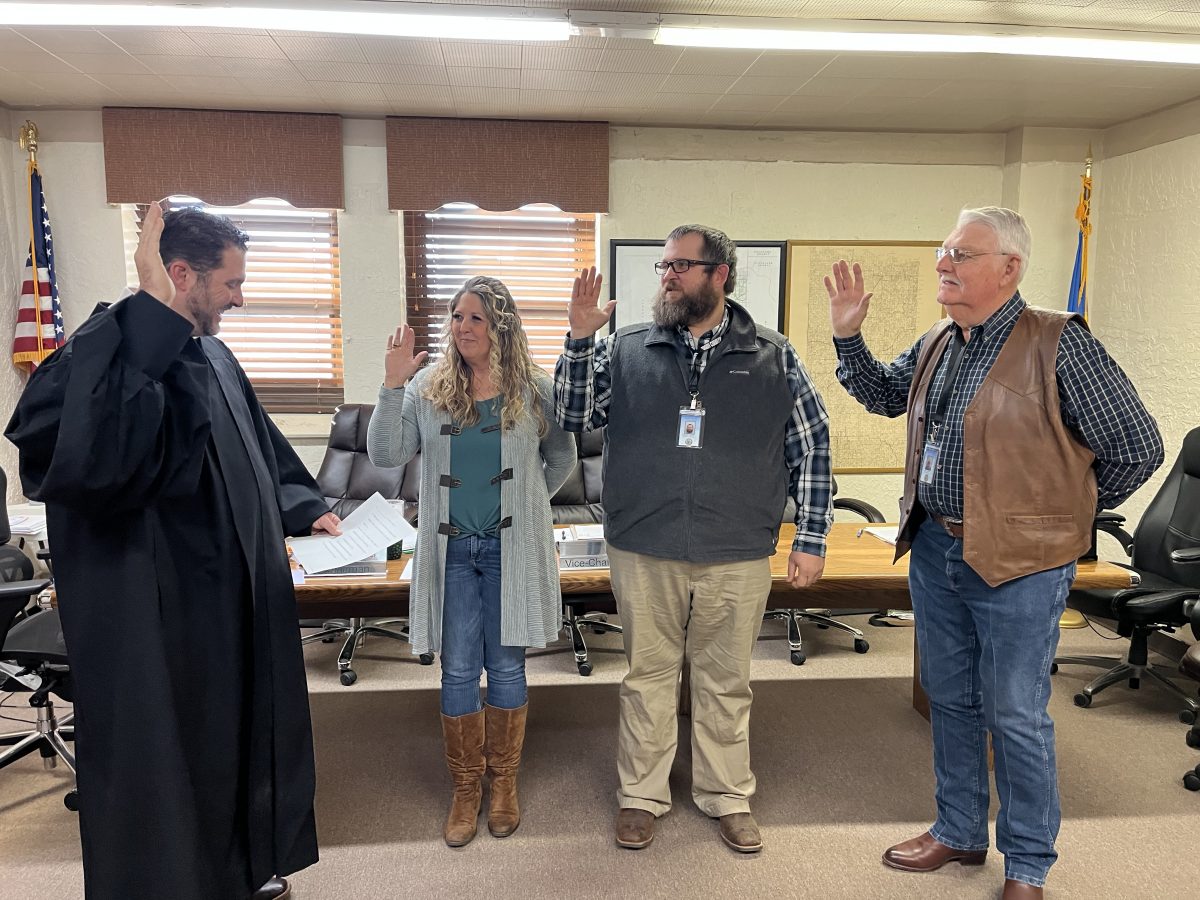 The Board of the Grady County Commissioners met Tuesday, and preceding the meeting, new county officials were sworn in by Oklahoma District 6 Judge Kory Kirkland.

Davis said Tuesday, following his first meeting, “It’s new and it’s all a change of territory for me, so I’m learning as I go.”

Kirk Painter, Chairman for the Board of the Grady County Commissioners, read aloud the First Deputies for each Commissioner.

Commissioner Davis selected Jeff Autry, a former First Deputy for District 1 who served that role several years before he was terminated by the previous commissioner.

Davis said of his decision to bring Autry back to the position, “He was wrongfully terminated in the first place and it was only right to bring him back. I know that he’s the man for the job and he can take care of the road and run this barn like it’s supposed to be ran, so it was a really easy, easy decision.”
Autry commented on his re-appointment Tuesday, saying, “I am excited to get back to work for the citizens of District 1. Zac has worked hard for our community leading up to taking office today. We were both born and raised in Grady County and take pride in decisions being made that benefit our county. As always, our priority is safety first.”

Davis said his first meeting wasn’t very eventful.
“Today, all the bids came in, so we looked at all the bids,” the commissioner said. “That was the main thing that we talked about today and that took up the vast majority of the time. It was all just general maintenance. There was nothing very involved.”
About his overall approach to county leadership, Davis said, “We’re going to focus on helping the people. The county government is the government closest to the people, and we’re going to live by that.”

Commissioner meetings are typically held every Monday at 9 a.m. at the Grady County Courthouse, located at 326 West Choctaw in Chickasha.