The studio was opened in late October just a few months after the pair agreed to open a business.
“We decided to open up a business together,” Lindsay said Wednesday, December 28. “A few months before we opened. It was probably around the beginning of August that we decided. We started actively looking for space to rent and it kind of took us a while to get in here, but here we are. Since my sister has always been a groomer, my dog and her dogs have always been groomed by her. ”
Mandy has been a dog groomer in the Mustang area for 13 years, “so it’s something that I’ve been doing for a while,” she said. Pawlished is a change of pace for Lindsay though. She said, “I’m new to grooming. I was working in dentistry about six months ago and decided that I just wanted to open up a business, so Mandy and I decided to open up a business together. I wanted to be self employed instead of having a boss.”
Talking about the Mustang community, Lindsay said, “Well, we grew up here and we love it. We went to school here and I had children that went to school here. I’ve lived here since I was four, so I went to Mustang Schools my whole life and graduated in 1997, and Mandy’s a few years older than me. We’ve lived in Mustang for many, many years. It’s changed a tremendous amount for sure. All of our friends and family are here and it’s our home.”

Besides being owned by born-and-raised Broncos, there are quite a few things that help Pawlished stand out, mainly the many adorable photos they post regularly to their social media. 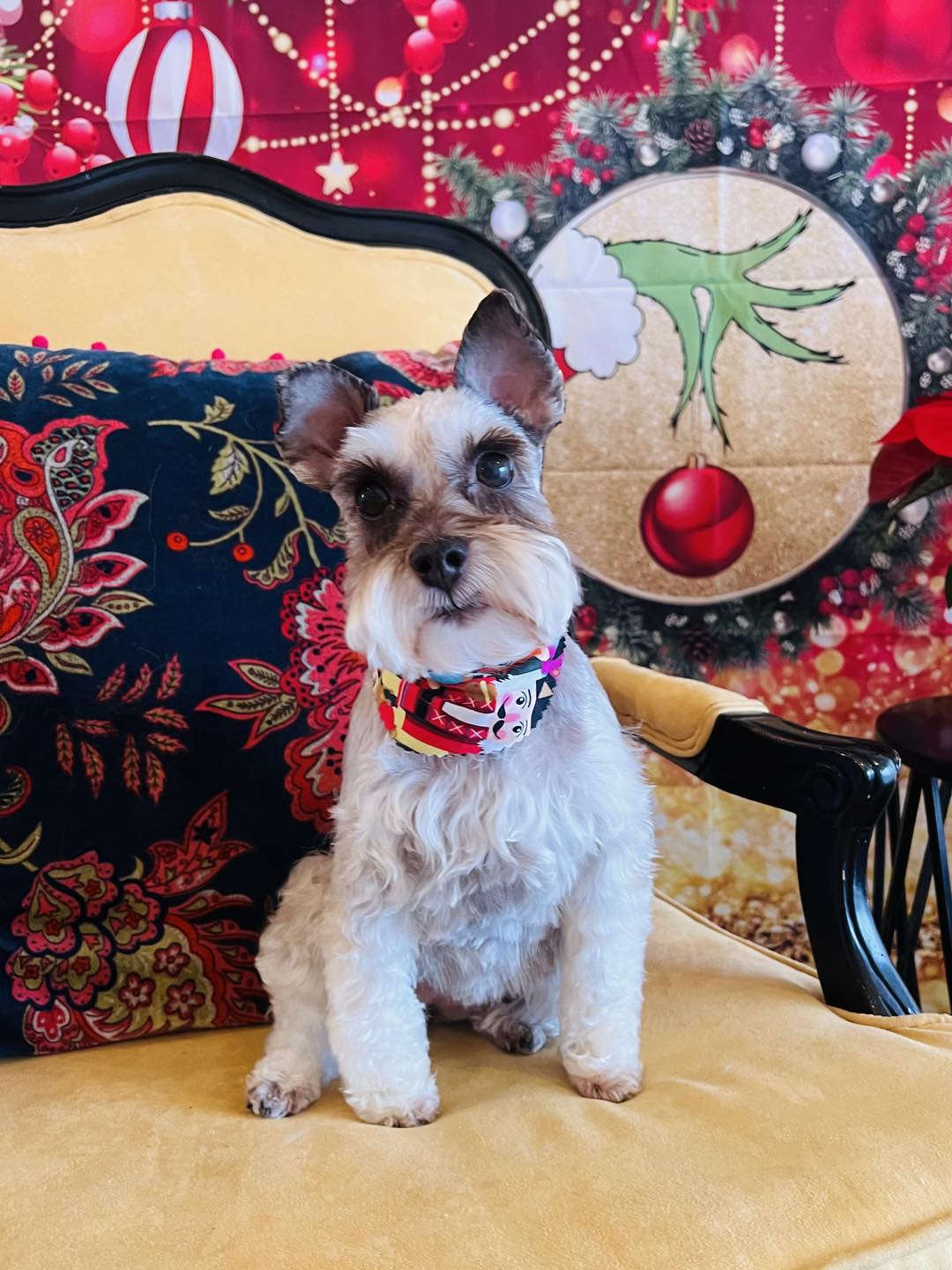 “We have a really great space here, for starters,” Lindsay said. “It’s nice and big and spacious and we’ve had a really good time trying to put it together and make it look nice. It’s a nice big facility. One of the things that is important to us here is just getting to work with all the animals that come here within their comfort zone and within our own comfort zones. Mandy has a lot of experience. That’s another thing that really sets us apart from other grooming salons. We do plan on having a kind of bonus space very soon, within the next month or two, to have a retail area to sell dog food and homemade goods for dogs. That’s something that we’re working up towards to distinguish ourselves from other pet salons. Another thing is that we have a photo booth and the photo is included in the cost of their groom, so they always get a cute picture of their babies when we’re finished. We hosted the Grinch event here and Mandy dressed up as the Grinch and so all the puppy dogs came and got pictures with the Grinch. We plan on continuing to do that seasonally. We’re gonna have a kissing booth for the pups on Valentine’s Day. We’re going to try to have little events and things of that nature.”
Mandy said, “We’re really happy. We looked for the perfect spot and finally it came through and we’re just happy to be close to home and close to the people we know.”