Rafter D Rodeo put on a show at Tuttle’s Schrock Park Friday and Saturday with many locals winning buckles for first-place finishes in 10 different events. “I think it went really well,” Roundup Club President Link Polson said Monday. “Rafter D has been doing our rodeo for a long time. They do a good job and they always have We had a lot of help. The townspeople really got behind it and helped support it. The city helped tremendously, getting the grounds ready and extra things to make it a great rodeo, and to allow us to facilitate our vendors. The Tuttle Fire Department was a huge help, watering down the arena to keep it from getting dusty. They’re there keeping everyone safe until they have to go on runs. You can’t have enough fire department and police guys at a rodeo.”

Corriente Saddle Company out of New Mexico designed the saddle given away at the rodeo. The saddle included a Tuttle Roundup Club branding and was won by Mika Allen.

The Bull-Riding buckle was won by Comanche’s Austin Ambrose who edged out Blanchard’s Robert Dewey 86 points to 84.

The Ranch Bronc buckle was won by Blake Walker, out of El Reno.

The Tie-Down buckle was won by Brock McLemore, the Break Away buckle was taken by Sydney Frye Friday and Shelby Langford Saturday. Jeremy Carney, of Blanchard, won Ribbon Roping for the weekend with a time of 7.88 seconds.

The Double Mugging buckle was won by Josh Pettit and Justin Anderson. “That really makes it neat,” Polson said. “Kids can play, there are different foods to eat with more attractions for more people. Everyone said they had a good time. I hope they all come back next year.”

Polson said the two-day rodeo was easier logistically than the three-day rodeo Tuttle has traditionally hosted, but he would prefer as much rodeo as possible. Polson said he has previously scheduled the rodeo around both the Yukon Rodeo and Tuttle Fair, but then competed with the Rush Springs Watermelon Festival. Polson said priority would go to hometown events when building the schedule in the future.

“I felt like it took something from both,” Polson said of last year’s rodeo and fair. “We want everyone to get as much as they can from both.”

Polson said the crowd for the parade was underwhelming with the high temperatures.

“There were just a few out to watch it,” he said. “As hot as it was, people don’t want to get out though. I understand. I just wish more people would come out to watch it.” 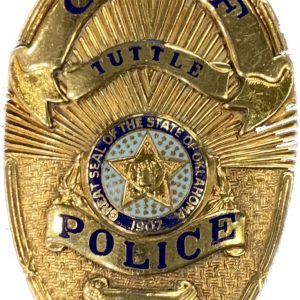 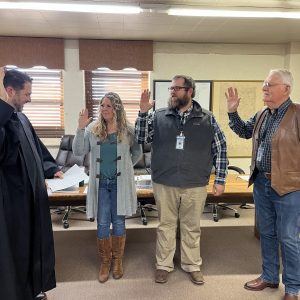