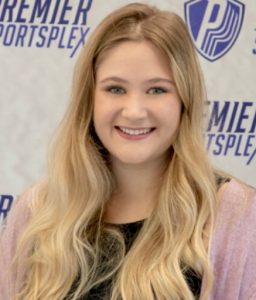 Rose State College will have a new sport on campus this fall.

The school is adding women’s volleyball to its athletic program beginning in 2020-21 school year.

“We’ve been looking to grow our sports for some time and Dr. (Jeanie) Webb has been very proactive in growth and evolution of the college,” said Coty Cooper, Rose State athletic director. “Volleyball has become more and more popular with growth of club teams across the state.”

­Katelin Shay, of Choctaw, will be the first coach for the volleyball team. She was a standout volleyball player at Choctaw High School and played at Henderson State University in Arkansas.

She returned to Oklahoma to finish her degree as an education major and to teach biology and coach volleyball. She has coached at Mount Saint Mary High School as well as OK Premier VBC.

“Katelin will bring intensity and energy to the job and I think she’ll do an unbelievable job growing this program,” Cooper said. “I think she’s very excited to come in here and create the culture and atmosphere that we want.”

Rose State athletics compete in NJCAA Region 2. Northeastern Oklahoma A&M and Seminole State are the only other schools in the region that offer volleyball.

The team schedule has not been finalized for this season. The school will compete against NEO, Seminole State and other junior colleges in neighboring states as well as four-year schools with JV programs.

The volleyball team will practice and compete at the gym in the Wellness Center.

“We had to adjust a few things, but our facilities were pretty much ready for it,” Cooper said. “We didn’t have to build anything new.”

Volleyball will be the school’s fifth athletic team. The school offers mens and womens soccer, baseball and softball. Swimming was dropped due to costs and travel, Cooper said.

Rose State is currently recruiting players for the inaugural season. The school will not offer scholarships this season, but Cooper said they plan to in the future.

The school will host a volleyball tryout on June 27 from 4 – 7 p.m. To register, visit rscraiders.com.