Some kitchen celebrities are making big news these days. Aunt Jemima, Mrs Butterworth’s, Eskimo Pie and Uncle Ben’s are all rebranding soon. It got me thinking…what famous names are living in my kitchen?
Well…I must be eating good because my cabinet is the home of Mr. Chef Boyardee. The company was founded by Italian immigrant Hector Boiardi and is famous for a variety of canned pasta products. 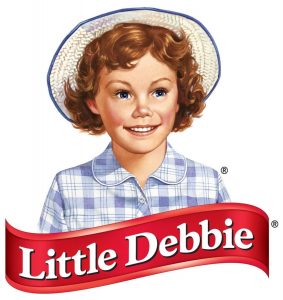 Guess who else lives at my place? The king of popcorn, Orville Redenbacher. Orville was born on a farm in Brazil, Indiana. At 12 years old he started growing his own popping corn. He started his own business and perfected light, fluffy and tasty popcorn.
It’s a who’s who of celebrities at my place. This time the spotlight is on Little Debbie. The story began during the Great Depression when a young entrepreneur O.D McKee began selling 5 cent snack cakes from the back of his car. Soon after, he and his wife, Ruth, bought a small, failing bakery. They named the baked goods after their granddaughter, Little Debbie.
Get out the red carpet for Oscar Mayer. Over a century ago he set out to find a better way to make high quality meat for everyone. Oscar Mayer moved to the U.S. from Bavaria when he was 14 and worked as a butcher in Detroit. Oscar Mayer is an American meat and cold cut company known for its hot dogs, bologna, bacon, ham and Lunchables products.
“Everybody doesn’t like something, but nobody doesn’t like Sara Lee.” Founder Charles Lubin and his brother-in-law bought a small chain of neighborhood bakeries in 1935. In 1949 Charlie named his first, product, a cream cheesecake, after his then eight year old daughter and changed the name of the business to kitchens of Sara Lee.
Who is this Jimmy Dean guy? He was a country singer, TV show host, actor and entrepreneur. When a successful entertainment career wasn’t enough, he went on to create and build America’s favorite sausage company. Known for his unique way with words, Jimmy often said, “Sausage is a great deal like life. You get out of it what you put into it.”
It’s an all star line up with Betty Crocker. In 1945, Fortune Magazine declared her the second most popular women in America, the first being Eleanor Roosevelt.
The bestselling Betty Crocker’s picture cook book was published in 1950, It is still being sold today.

“With a Name Like Smucker’s, It has to be good.” For more than a century, Smucker’s has been helping to make family meals more memorable. It all started in 1897 when Jerome Monroe Smucker pressed cider from his mill and, shortly after, sold his first jar of apple butter from the back of a horse-drawn wagon.
In 1923 Clara and Russell Stover started making candy in the kitchen of their Denver home. In 1928 business was expanding and they opened their first factory in Kansas City Missouri. It is a box of Russell Stover chocolates that leads Forrest Gump to quote his mother…”My mama always said, life was like a box of chocolates, you never know what you’re gonna get.”
Now it’s your turn for a fun look in the kitchen. Perhaps you’ll find famous names like Duncan Hines, Miss Chiquita, Hellmann’s, Famous Amos, Mrs. Smith’s or Captain Morgan. Who’s famous in your kitchen?