An eastern Oklahoma County favorite will soon be expanding east.

Chequers Restaurant and Pub, located in Midwest City since 1987, will be serving up favorites in Harrah this spring.

The Heritage Park Pavilion has had a full commercial kitchen for years and was previously rented out to caterers who served concessions for the splash pad, concerts and other events.

Now renovations are coming and the pavilion will play host to a full restaurant.

“We’re renovating the pavilion as soon as the roll-up overhead glass doors arrive,” said Harrah mayor Larry Fryar. “Now they’ll be able to close off the pavilion or open it up depending on the weather.” 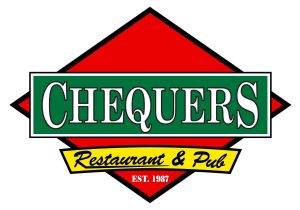 “That’s where he wanted to go, and we’re real excited,” said Fryar. “He can have the glass doors down in the cooler weather and open it up in the summer.”

City manager Clayton Lucas says the setup will be much like that of the recent improvements of the Butcher BBQ Stand in Welston that recently upgraded from an entirely open-air concept.

And like Welston’s beloved BBQ joint, officials hope the quality food served in eastern Oklahoma County’s premier public park will attract visitors from near and far.

The locally owned and operated business has been serving up steaks, burgers, seafood, Mexican and more for over 30 years.

Harrah officials say the added food choice will fit in well in Harrah.

Officials say they hope to capitalize on the many successes Harrah Heritage Park has seen in recent years, while expanding entertainment and dining options.

“When we started the park down there, people thought it was a waste of taxpayer money, and now look at it. We have so much going on in the park year-round. If I could put a dollar amount on what that park has made us in sales tax it’d blow your mind,” said Fryar.

For more about Chequers visit http://www.chequerstogo.com